Want to listen to the audiobook 101 Road Patrol Tales: Memoirs of a Chippie of the California Highway Patrol written by E. W. Thompkins?
MP3 Audiobook Player is here to help! 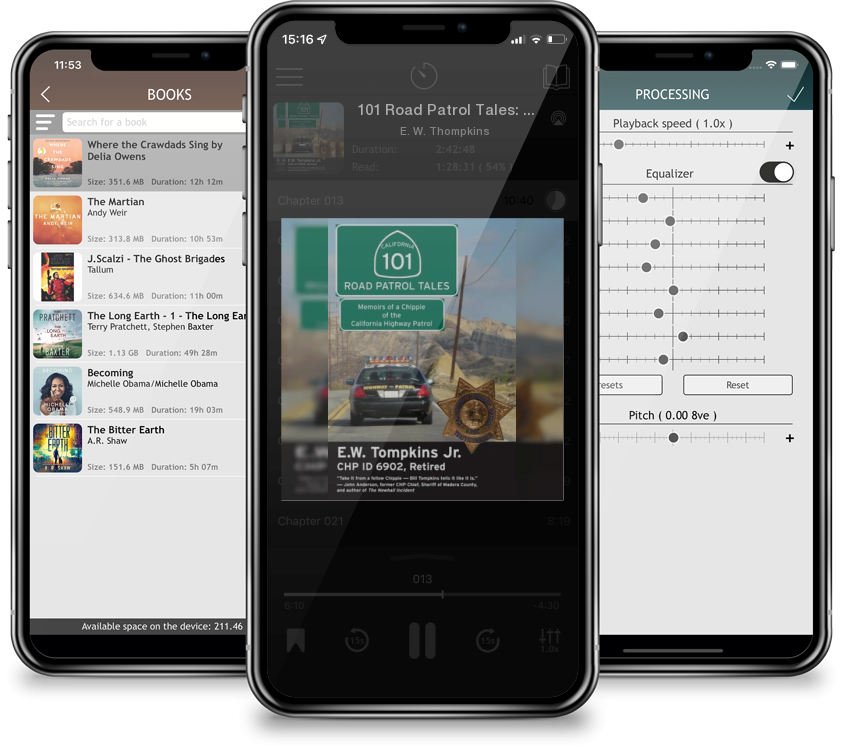 101 Road Patrol Tales: Memoirs of a Chippie of the California Highway Patrol

Bringing to light an entertaining array of anecdotes, this collection of police stories recalls some of the strangest, funniest, and most poignant accounts from the freeways, highways, and country roads throughout California. From the family who pulled over for a picnic on the median strip of a busy freeway to the angelic-looking 5-year-old girl who defused a tense traffic stop by sweetly confessing, ""my daddy has a beer under the seat,"" this is an uncompromising view of the everyday pursuits, enforcement stops, arrests, accidents, and weird encounters that patrolmen must endure. Also featured is a panoply of unlikely drunk-driving suspects, including Santa Claus, a Boy Scout troop leader, a newlywed couple, and an airline pilot on his way to fly a plane; the traffic stop of an elderly driver whose license had expired 35 years earlier--and who explained he was on his way to the DMV; and many more hilarious, odd, and tragic stories of life and death on the open road. Encouraging a renewed respect for the men and women in uniform who risk their lives to protect the public, this compilation also contains advice on highway safety and how to behave when pulled over by a patrol officer.