Want to listen to the audiobook 15 Minutes to Fitness: Dr. Ben's SMaRT Plan for Diet and Total Health written by Charles Barkley?
MP3 Audiobook Player is here to help! 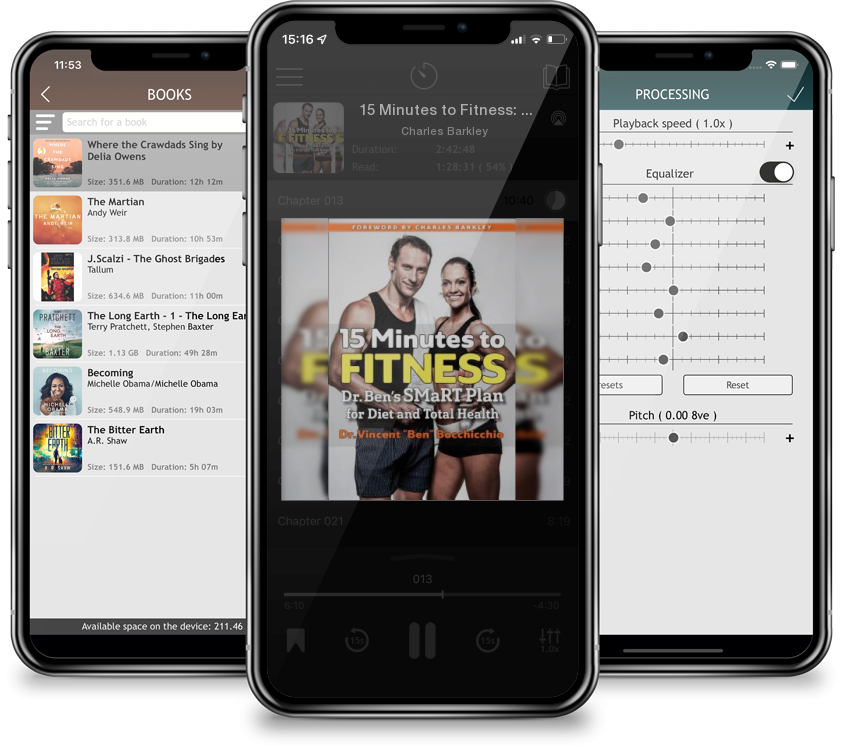 Everybody wants to lose weight (excess fat).  In fact, almost everyone has BUT almost no one maintains fat loss (weight creeps back more than 80% of the time).  People want to look better, feel better and younger and just be healthier and reduce the likelihood of heart disease, diabetes, Alzheimer’s, arthritis and some forms of cancer.  For all of these reasons (for fighting the weight loss battle), 15 Minutes to Fitness addresses these issues and provides safe, successful solutions.   If the advice we’ve been given for the last 50 years was legitimate, why then do we have 200 million Americans that are obese or overweight? Why are more than 100 million people diabetic or pre-diabetic?  Obviously, the PLAN isn’t working. With people spending billions annually to wage this war, why are we losing so badly?The ANSWER: We are using the wrong methods based on bad science perpetrated by Big Medicine, Big Pharma (drug companies) and government agencies that are supported and unduly influenced by both. NOTE: If we could return obesity and diabetes numbers back to 1970 levels we would save one BILLION dollars a DAY in health care costs!!  It’s time we paid attention!!  It’s time you become your own expert, become informed and follow some simple science. Dr. Ben’s 15 Minutes to Fitness exposes the flaws in the methods dictated by these entities and explains, in simple terms, how the human body developed genetically. This understanding leads the reader to a powerful system and guides them to successfully combat the fat related problems we face and maintain good health for a lifetime.The irony in the situation is that so much time, money and effort have literally been wasted on weight loss when the evidence has been available for decades.  For almost 50 years, Dr. Ben Bocchicchio has produced unparalleled success in all populations applying his SMaRT System.  Dr. Ben suggests that everyone wants to get the biggest bang for their exercise and dieting time and effort and that is exactly what this book provides.The SMaRT System is based on a fifteen minute, twice a week resistance exercise program and a carbohydrate controlled plan of eating.  Each aspect of the plan (meals and exercise) is detailed on a day by day, exercise by exercise basis.  The history of success that has accompanied the SMaRT plan includes a 10 pound fat loss and an 8 pound increase in muscle and bone tissue in just 5 weeks.  Dr. Ben calls this method a “A Five Week Metabolic Makeover”.  “That is really what all dieters and exercisers are really seeking: “Changing Metabolism” says Dr. Ben. “From fat “storer” to fat “burner” in 5 weeks” is the motto of 15 Minutes to Fitness.