Want to listen to the audiobook 21st Century Revolution written by Ted Glick?
MP3 Audiobook Player is here to help! 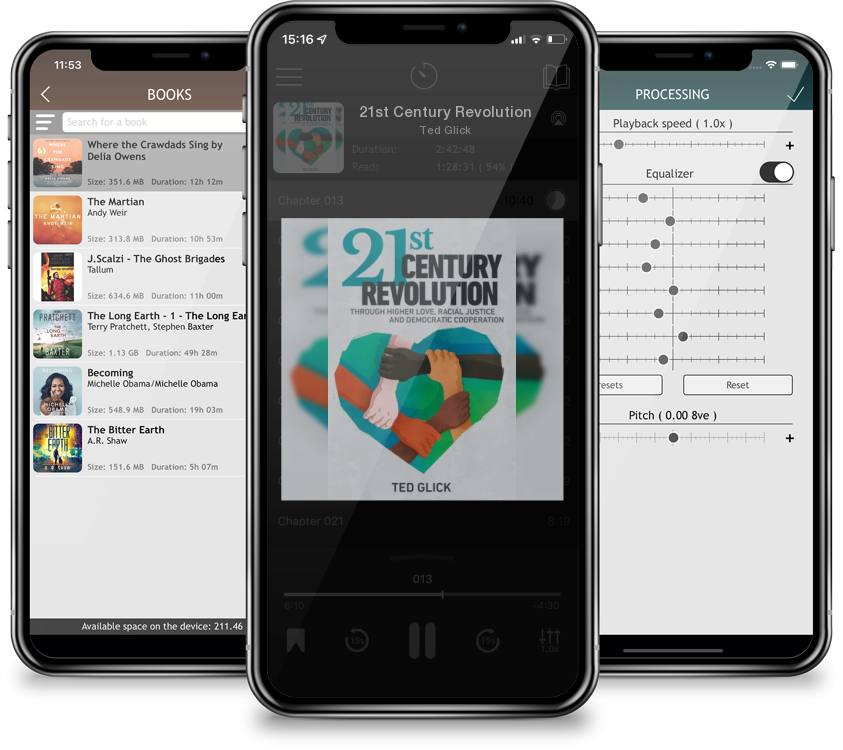 21st Century Revolution was written based upon the author's 53 years of continuous involvement in the movement for fundamental, justice grounded, political, social, economic and cultural change--revolution. He was driven to write it because of deep concern about the systemic threats to the possibility of a decent life for future generations, particularly the climate emergency and related environmental threats, the rise of a neo-fascist threat in the USA and elsewhere, and the widening gulf of economic/racial inequality. 21st Century Revolution was written to encourage those who consider themselves part of the movement for systemic change to consider a mix of issues and history that the author believes are essential to the prospect of eventual success in our collective revolutionary project. Glick's particular personal history, which includes not just decades of political activism and organizing but also in-and-out relationships with and study of religion and spirituality, has given him a vantage point which has been of value to others.21sr Century Revolution does a number of things. It explores the issue of the relation between the socialist project since The Communist Manifesto in 1848 and organized religion, primarily Christianity. Within that context it addresses the questions, does God exist, and does it matter, as far as the historical project of fundamental social, political, cultural and economic change. It analyzes the major social, economic and cultural changes which began to take place approximately 10,000 years ago in Europe, Asia and North Africa as humans in those areas, after hundreds of thousands of years as hunter-gatherers, evolved into settled societies. This change led to an historic shift from men-and-women run, predominantly peaceful partnership societies to male-dominated, militaristic and class societies. It puts forward and explains the importance of a wide range of necessary cultural changes in present-day society, including within the political Left, if the human race is going to be able to avoid worldwide societal breakdown because of an intensifying climate crisis and ecological crisis. It describes what the author sees as seven distinct classes in U.S. society, as a contribution toward understanding the potentials, or lack of them, of each class to help make that revolution. It concludes with an articulation of and explanation in support of ten aspects of a winning strategy for revolutionary change in the 21st century which the author considers to be both necessary and already taking place.