Want to listen to the audiobook 28: Stories of AIDS in Africa written by Stephanie Nolen?
MP3 Audiobook Player is here to help! 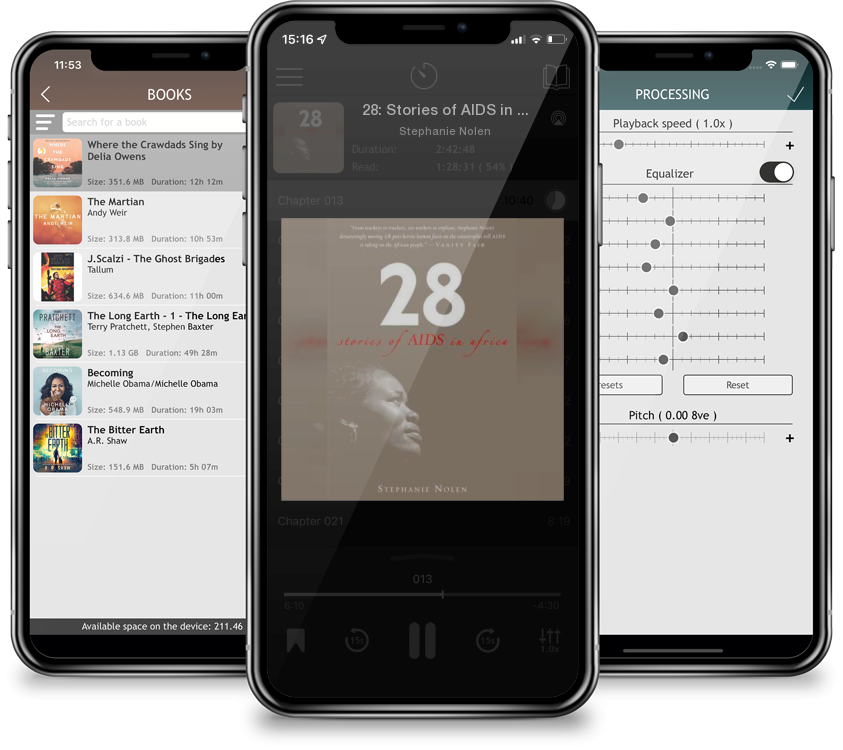 28: Stories of AIDS in Africa

In 28, Stephanie Nolen, the Toronto Globe and Mail's Africa Bureau Chief, puts a human face on the crisis created by HIV/AIDS in Africa. Through riveting anecdotal stories, Nolen brings to life people involved in every aspect of the crisis and explores the effects of an epidemic that well exceeds the Black Plague in magnitude, a calamity ongoing just a 747-flight away. 28's stories are much more than a record of suffering and loss. Through her unprecedented reporting, Nolen introduces women, men, and children fighting vigorously and hopefully on the frontlines of disease: Tigist Haile Michael, a smart, shy 14-year-old Ethiopian orphan fending for herself and her baby brother on the slum streets of Addis Ababa; Alice Kadzanja, an HIV-positive nurse in Malawi, where one in six adults has the virus, and where the average adult's life expectancy is 36; Zachie Achmat, the hero of South Africa's politically fragmented battle against HIV/AIDS. Nolen's stories reveal how the disease works, how it spreads, and how it kills; how it is inextricably tied to conflict, famine, failure of leadership, and the collapse of states, and to the cultures it has ravaged; how treatment works, and how people who can't get it fight to stay alive with courage, dignity, and hope against huge odds. Writing with power, understanding, and simplicity, Stephanie Nolen makes us listen, allows us to understand, and inspires us to care. Timely, transformative, and thoroughly accessible, 28 is essential reading for our times.