Want to listen to the audiobook 300 Sandwiches: A Multilayered Love Story . . . with Recipes written by Stephanie Smith?
MP3 Audiobook Player is here to help! 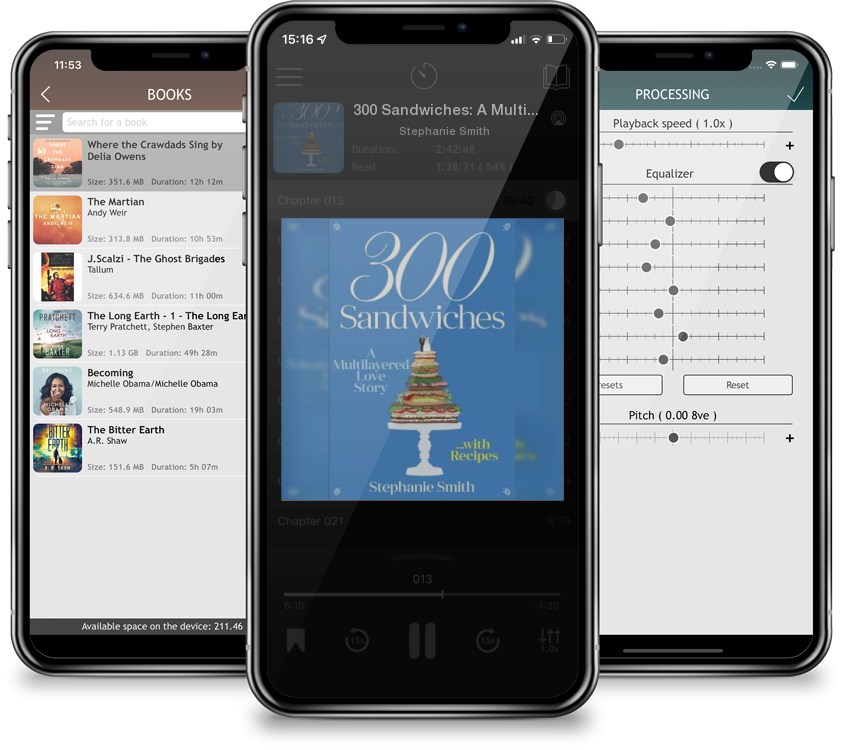 "Honey, you are 300 sandwiches away from an engagement ring." When New York Post writer Stephanie Smith made a turkey and Swiss on white bread for her boyfriend, Eric (aka E), he took one bite and uttered those now-famous words. While her beau's declaration initially seemed unusual, even antiquated, Stephanie accepted the challenge and got to work. Little did she know she was about to cook up the sexiest and most controversial love story of her generation. 300 Sandwiches is the story of Stephanie and E's epic journey of bread and betrothal, with a whole loaf of recipes to boot. For Stephanie, a novice in the kitchen, making a sandwich--or even 300--for E wasn't just about getting a ring; it was her way of saying "I love you" while gaining confidence as a chef. It was about how many breakfast sandwiches they could eat together on future Sunday mornings, how many s'mores might follow family snowboarding trips, how many silly fights would end in makeup sandwiches. Suddenly, she saw a lifetime of happiness between those two slices of bread. Not everyone agreed. The media dubbed E "the Internet's Worst Boyfriend"; bloggers attacked the loving couple for setting back the cause of women's rights; opinions about their romance echoed from as far away as Japan. Soon, Stephanie found her cooking and her relationship under the harsh glare of the spotlight. From culinary twists on peanut butter and jelly to "Not Your Mother's Roast Beef" spicy French Dip to Chicken and Waffle BLTs, Stephanie shares the creations--including wraps, burritos, paninis, and burgers--that ultimately sated E's palate and won his heart. Part recipe book, part girl-meets-boy memoir, 300 Sandwiches teaches us that true love always wins out--one delicious bite at a time.