Want to listen to the audiobook 488 Rules for Life: The Thankless Art of Being Correct written by Kitty Flanagan?
MP3 Audiobook Player is here to help! 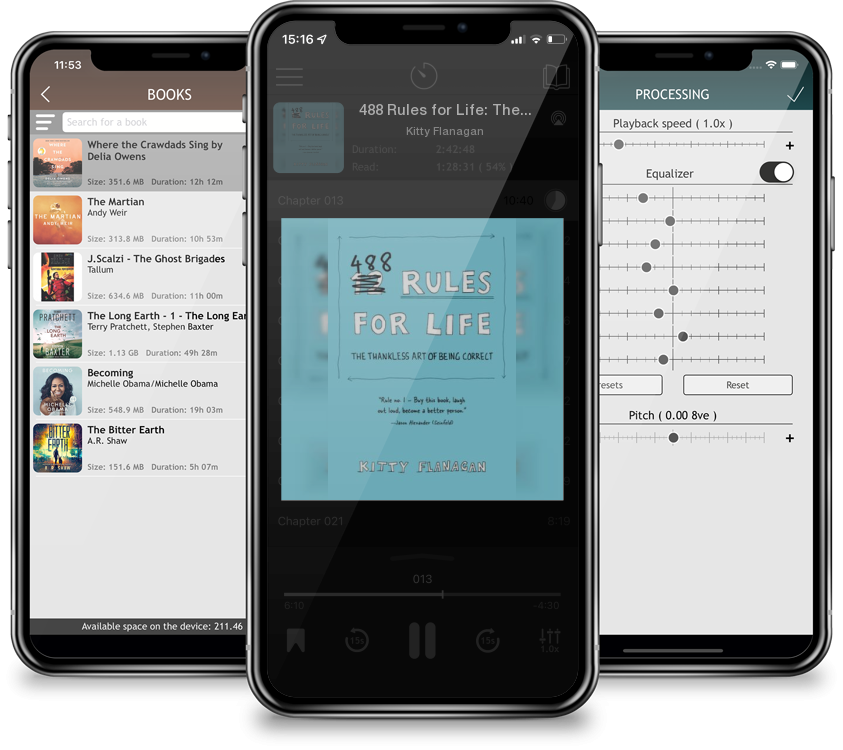 488 Rules for Life: The Thankless Art of Being Correct

Despite what Jordan Peterson says, there are more than twelve rules for life . . . a lot more. Thankfully, you now have this witty guide to remedy every annoying little thing society throws at you.488 Rules for Life is not a self-help book, because it’s not you who needs help—it’s other people. Whether they’re walking and texting, asphyxiating you on public transport with their noxious perfume cloud, or leaving one useless square of toilet paper on the roll, people just don’t know the rules. But now, thanks to Australian comedian Kitty Flanagan’s comprehensive guide to modern behavior, our world will soon be a much better place. A place where people don’t ruin the fruit salad by putting banana in it . . . where your co-workers respect your olfactory system and refrain from reheating their fish curry in the office microwave . . . where middle-aged men don’t have ponytails. What started as a joke on Kitty Flanagan’s popular segment on ABC TV’s The Weekly, is now a quintessential reference book with the power to change society. (Or, at least, make it a bit less irritating.)