Want to listen to the audiobook 8,000 Miles Across Alaska: A Runner's Journeys on the Iditarod Trail written by Tim Hewitt?
MP3 Audiobook Player is here to help! 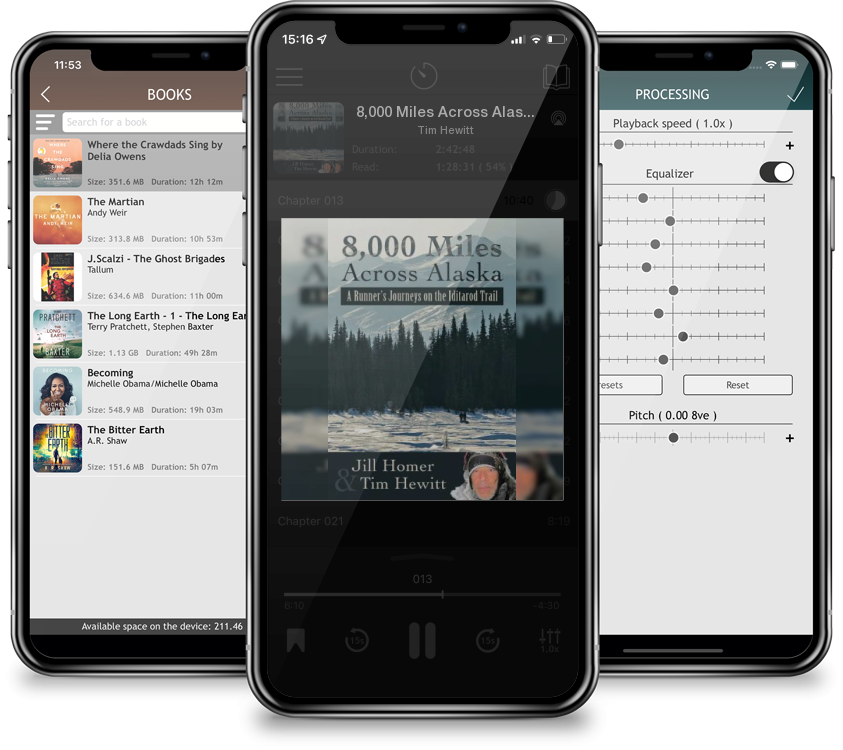 8,000 Miles Across Alaska: A Runner's Journeys on the Iditarod Trail

In North America's Last Frontier, there are still untrammeled wildernesses where a man can stand alone in a region the size of entire states, where deep cold quiets every whisper of life and vast emptiness reigns. Alaska remains a mysterious place that, thanks to reality television, has captured the imagination of millions. Yet a minuscule fraction have acquired an understanding of the land afforded by exploring in their most vulnerable state - on foot, towing all of their supplies, wholly independent. This is the perspective of Tim Hewitt, an employment lawyer from Pennsylvania with a unique hobby - racing across Alaska on the Iditarod Trail. What compels a man to run, walk, and trudge a thousand miles across Alaska? "Because it's there" isn't an adequate explanation. "As a challenge" or "for the adventure of it" are closer, but still too vague. The thousand-mile dog sled race on the Iditarod Trail is often called "The Last Great Race" - but there's another, more obscure race, where participants don't even have the help of dogs. The Iditarod Trail Invitational challenges cyclists, skiers, and runners to complete the distance under their own power and without much outside support. Tim Hewitt is the only person to have completed it more than three times. His actual number? An astonishing eight. Six of those, he won or tied. But no one who sees Tim Hewitt on the street near his law firm in Pittsburgh would ever suspect that battling hurricane-force blizzards is something he does in his spare time. Fifty-nine years old with a slim build, a bright smile, and cropped gray hair, he isn't the stereotype of a grizzled Arctic explorer. He's a talented amateur runner, a father to four daughters, a husband to an equally adventurous wife, and achiever of a truly distinctive accomplishment. Far more people have reached the summit of Mount Everest than Nome under their own power, and it's incredibly unlikely that another person will ever try for eight. "8,000 Miles Across Alaska: A Runner's Journeys on the Iditarod Trail" chronicles Tim Hewitt's adventures across Alaska - the harrowing weather conditions, breathtaking scenery, kindness of strangers, humorous misadventures, humbling setbacks and heroic victories. From fierce competition with his fellow racers, to traveling backward on the trail to ensure the safety of his wife, to battling for his own survival, Tim Hewitt has amassed a lifetime of experiences amid the harsh miles of the Iditarod Trail. This is his story.