Want to listen to the audiobook A Bigger Picture: My Fight to Bring a New African Voice to the Climate Crisis written by Vanessa Nakate?
MP3 Audiobook Player is here to help! 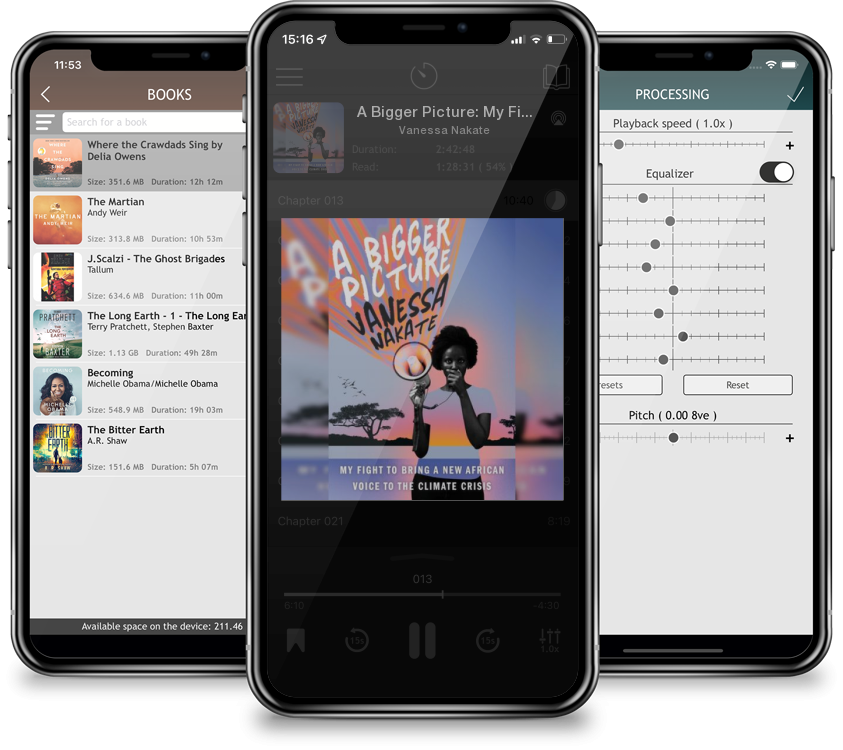 A Bigger Picture: My Fight to Bring a New African Voice to the Climate Crisis

A manifesto and memoir about climate justice and how we can—and must—build a livable future for all, inclusive to all, by a rising star of the global climate movement Leading climate justice activist Vanessa Nakate brings her fierce, fearless spirit, new perspective, and superstar bona fides to the biggest issue of our time. In A Bigger Picture, her first book, she shares her story as a young Ugandan woman who sees that her community bears disproportionate consequences to the climate crisis. At the same time, she sees that activists from African nations and the global south are not being heard in the same way as activists from white nations are heard. Inspired by Sweden’s Greta Thunberg, in 2019 Nakate became Uganda’s first Fridays for Future protestor, awakening to her personal power and summoning within herself a commanding political voice.   Nakate’s mere presence has revealed rampant inequalities within the climate justice movement. In January 2020, while attending the World Economic Forum in Davos, Switzerland, as one of five international delegates, including Thunberg, Nakate’s image was cropped out of a photo by the Associated Press. The photo featured the four other activists, who were all white. It highlighted the call Nakate has been making all along: for both environmental and social justice on behalf of those who have been omitted from the climate discussion and who are now demanding to be heard.   From a shy little girl in Kampala to a leader on the world stage, A Bigger Picture is part rousing manifesto and part poignant memoir, and it presents a new vision for the climate movement based on resilience, sustainability, and genuine equity.