Want to listen to the audiobook A Boys' Game written by Charles Byrum?
MP3 Audiobook Player is here to help! 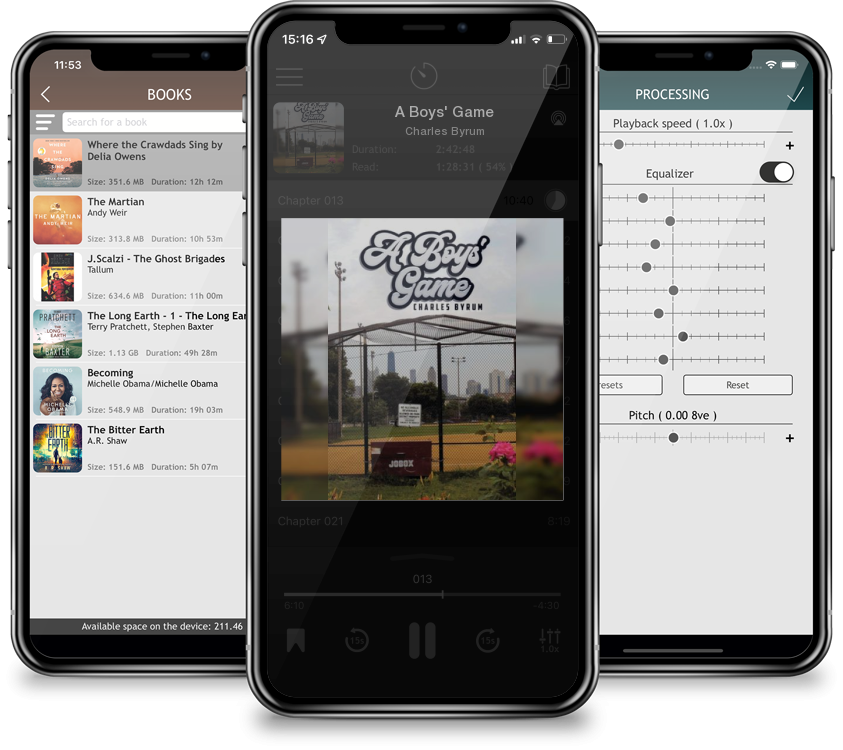 "A remarkable book. The story of Hank Branson and his teammates captures what senior softball is all about." -Terry Hennessy, Chief Executive Officer Senior Softball USAHank Branson, 58, has no intention of giving in to middle age. Active, energetic, and youthful in his thinking, he does everything he can to avoid falling into the routines that signify the onset of the aging process and the inevitable winding down and settling in that occur for thousands of Americans each day. It is getting tougher for him to keep up the fight and he needs help. One day, a friend tells Hank about a senior softball organization where teams of players over 50 years of age play tournaments throughout the summer against others their age, with the best being invited to play in a world championship tournament in Las Vegas at the end of the season. Fascinated, he contacts the local team in Chicago where he lives and is invited to play. On a whim, he accepts. A Boys' Game is the story of a hastily assembled team of total strangers from all walks of life who share only the common love of playing baseball, which they did as boys, and the determination to give it one last shot, despite their ages. The team is called the Gray Sox. The book describes the summer experience of the Gray Sox playing other senior teams from Kansas City to Lansing, MI, and everywhere in between and the gradual improvement of the team, which leads to a coveted invitation to play in the world championship. It is the humorous but touching story of the lives of the men on the team, their hopes for the future, and how they deal with the issues of the present, bolstered by their rediscovery of playing the game of baseball, which had been such an important part of their past, and by being given the opportunity to play it again. It is an uplifting story of second chances. There is something in the book for everyone, no matter what their age.