Want to listen to the audiobook A Bunch of Jews (and Other Stuff): A Minyen Yidn written by Trina Robbins?
MP3 Audiobook Player is here to help! 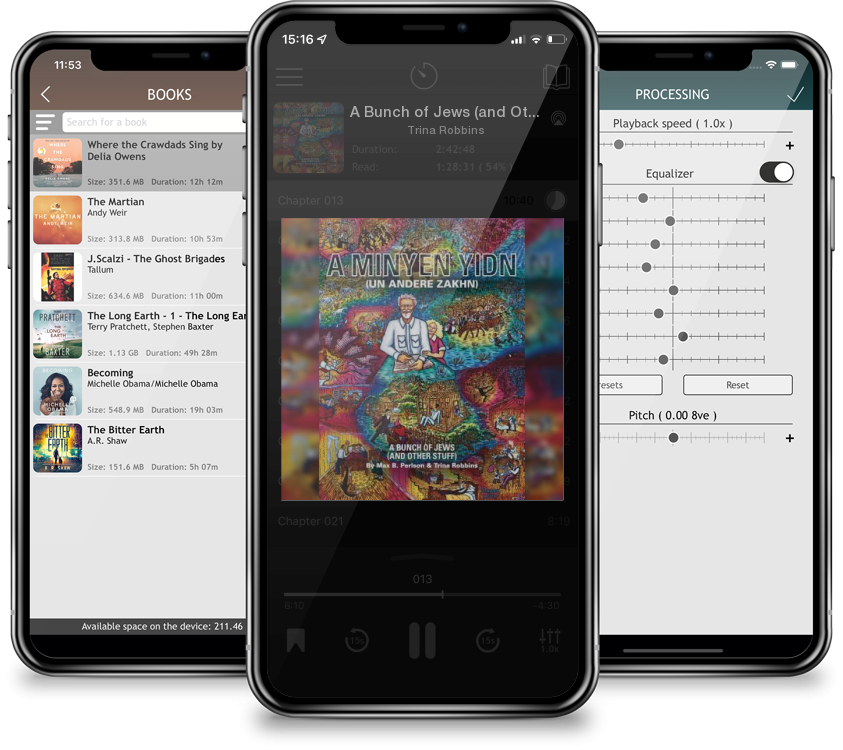 A Bunch of Jews (and Other Stuff): A Minyen Yidn

A Bunch of Jews (and other stuff) is based on the 1938 short story collection of Trina Robbin's father, Muttel (Mutye) Perechudnik, and was originally published in Yiddish. This graphic novel features a collection of stories drawn from Muttel's (later Max Perlson's) life growing up in a shtetl in Belarus and immigrating to Brooklyn in the late 1910s at the age of 16. The memoir has been translated to English and adapted to graphic novel format by his daughter, Trina Robbins, who says of the stories within: "They are slyly humorous portraits of his little village in Belarus, and of life in Brooklyn after he came to America. It's a snapshot of a way of life that would end with the coming of the Nazis and WW2, although none of them knew it yet." The cover is by famed underground comic artist Barbara Mendes. Each of the 13 stories has been visually adapted by a different artist and includes contributions by: Steve Leialoha, Shary Flenniken, Eve Furchgott, Miriam Katin, Miriam Libicki, Sarah Glidden, Anne Timmons, Robert Triptow, Jen Vaughn, Elizabeth Watasin, Caryn Leschen, Joan Steacy, Ken Steacy, and Terry Laban.