Want to listen to the audiobook A Chosen Destiny: My Story written by Drew McIntyre?
MP3 Audiobook Player is here to help! 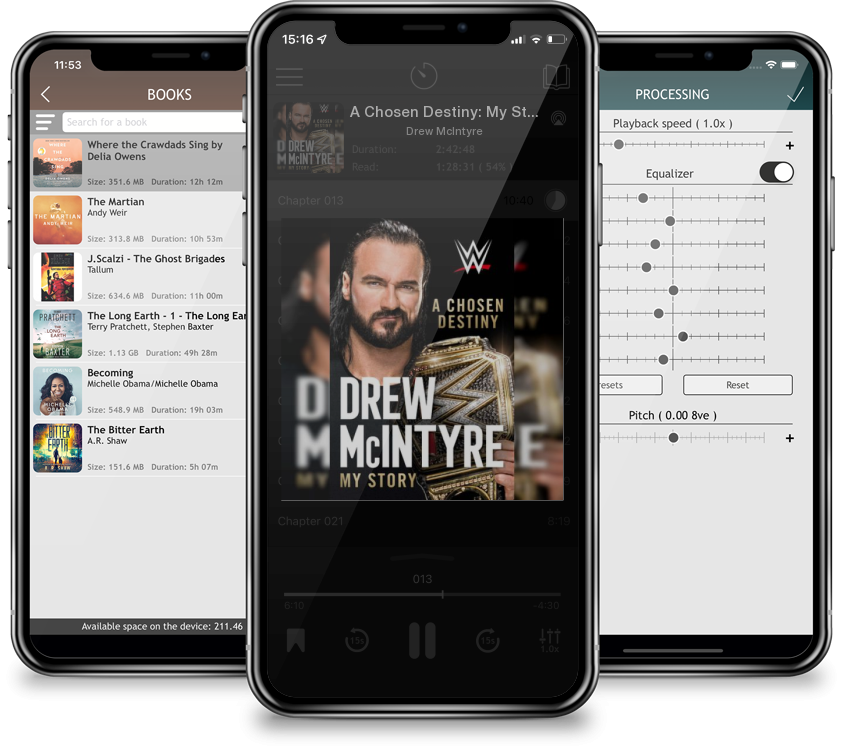 A Chosen Destiny: My Story

In this thrilling, no-holds-barred memoir, WWE Champion Drew McIntyre tells the incredible roller-coaster story of his life, from a small village in Ayrshire, Scotland, to the bright lights of WWE. From a young age, Drew McIntyre dreamed of becoming WWE Champion and following in the footsteps of his heroes Stone Cold Steve Austin and Undertaker. With his parents’ support, he trained and paid his dues, proving himself to tiny crowds in the UK’s Butlin circuit. At age twenty-two, McIntyre made his WWE debut and was touted by none other than WWE Chairman Vince McMahon as “The Chosen One” who would lead WWE into the future. With his destiny in the palm of his hands, Drew watched it all slip through his fingers. Through a series of ill-advised choices and family tragedy, Drew’s life and career spiraled. As a surefire champ, he struggled under the pressure of expectations and was fired from the company. But the WWE Universe had not seen the last of this promising athlete. Facing a crossroads, the powerful Scotsman set a course to show the world the real Drew McIntyre. Buoyed by the support of his wife Kaitlyn, and the memory of his beloved mother, Drew embarked on a mission to recharge, reinvent, and revitalize himself to fulfill his destiny. Chosen Destiny is a story of grit, courage, and determination as a fallen Superstar discovers who he truly is and storms back to reclaim his dream.