Want to listen to the audiobook A Clearing In The Distance: Frederick Law Olmsted and America in the 19th Century written by Witold Rybczynski?
MP3 Audiobook Player is here to help! 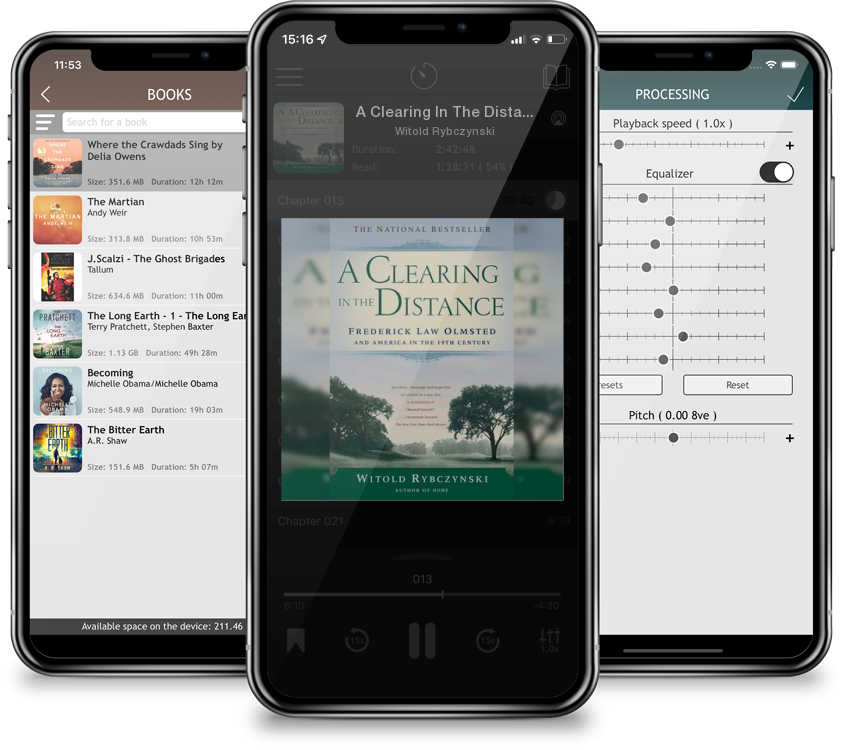 A Clearing In The Distance: Frederick Law Olmsted and America in the 19th Century

In a brilliant collaboration between writer and subject, Witold Rybczynski, the bestselling author of Now I Sit Me Down, illuminates Frederick Law Olmsted's role as a major cultural figure at the epicenter of nineteenth-century American history.We know Olmsted through the physical legacy of his stunning landscapes—among them, New York's Central Park, California's Stanford University campus, and Boston's Back Bay Fens. But Olmsted's contemporaries knew a man of even more extraordinarily diverse talents. Born in 1822, he traveled to China on a merchant ship at the age of twenty-one. He cofounded The Nation magazine and was an early voice against slavery. He managed California's largest gold mine and, during the Civil War, served as the executive secretary to the United States Sanitary Commission, the precursor of the Red Cross. Rybczynski's passion for his subject and his understanding of Olmsted's immense complexity and accomplishments make his book a triumphant work. In A Clearing in the Distance, the story of a great nineteenth-century American becomes an intellectual adventure.