Want to listen to the audiobook A Complicated Jew: Selected Essays written by Hillel Halkin?
MP3 Audiobook Player is here to help! 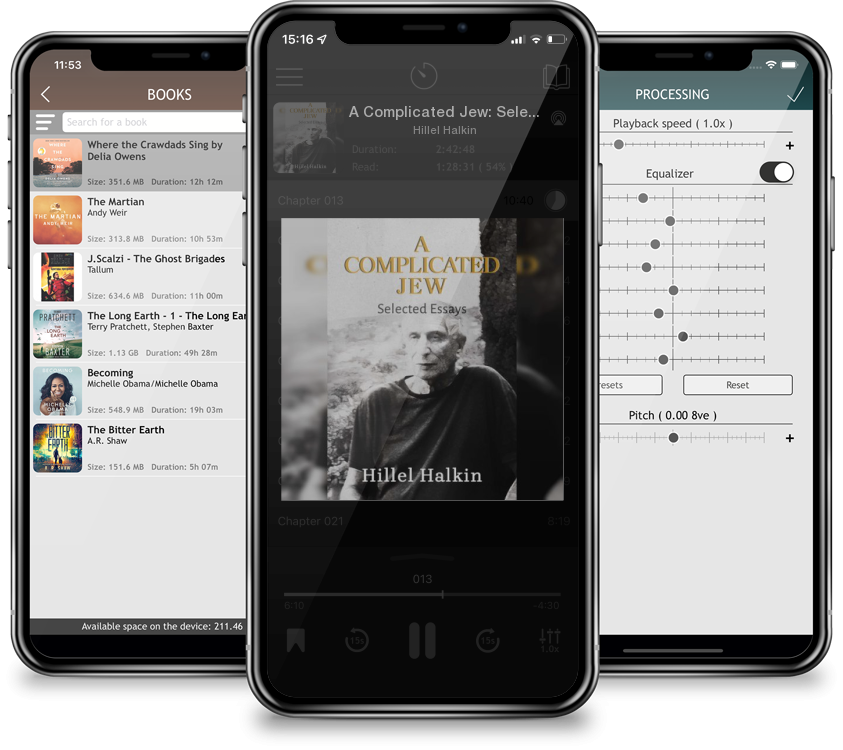 Elegant and learned, personal and universal, literary, philosophical, and historical—Hillel Halkin’s finely wrought essays on themes of Jewish culture and life are an education in themselves.Hillel Halkin is widely admired for his works of literary criticism, biography, fiction, and nonfiction, as well as for his celebrated achievements as a translator. Born and raised in New York City, he has lived most of his life in Israel. His complex sensibility, deeply rooted in Jewish literature and history no less than in his own personal experience, illuminates everything it touches. In A Complicated Jew, Halkin assembles a selection of essays that form, if not a conventional memoir, a haunting and intimate record of a profoundly Jewish life that defies categorization. It is a banquet for the mind. “Hillel Halkin is a master storyteller and a brilliant cultural critic, and in A Complicated Jew he combines both talents to take his readers on an intellectual thrill ride through his encounters with Jewish thought, art, and life. I envy him his lifetime of adventures and am grateful to him for sharing them with all of us.” Dara Horn, novelist and author of Eternal Life and People Love Dead Jews “I have been reading Hillel Halkin for well on to half a century, always deriving pleasure from his stately prose, intellectual profit from his deep learning, and inspiration from his integrity. I am pleased to think of him as my contemporary.” Joseph Epstein, author of Life Sentences: Literary Essays, Narcissus Leaves the Pool and Fabulous Small Jews, and former editor of The American Scholar. “Hillel Halkin himself has always been even more interesting to me than his highly interesting subjects, and here he gives us full access to his adventurous mind, the dazzling range of his learning, and his passionate spirit. More than a collection of essays, this book charts the intellectual journey of one of our most original Jewish writers.” Ruth Wisse, Professor emeritus of Yiddish and Comparative Literature at Harvard University and author of If Am Not for Myself: The Liberal Betrayal of the Jews, Jews and Power, and No Joke: Making Jewish Humor. “Even when Hillel Halkin exasperates, there is no voice on the contemporary Jewish scene more intellectually alert or lucid. The work of a cultural critic of rare breadth, this keenly personal, fiercely argued volume is as trenchant of tour of Jewry’s dilemmas of the last half-century as any I know.” Steven J. Zipperstein, Professor of Jewish Culture and History at Stanford University and author of Imagining Russian Jewry and Pogrom: Kishinev and the Tilt of History.