Want to listen to the audiobook A Comrade Lost and Found: A Beijing Story written by Jan Wong?
MP3 Audiobook Player is here to help! 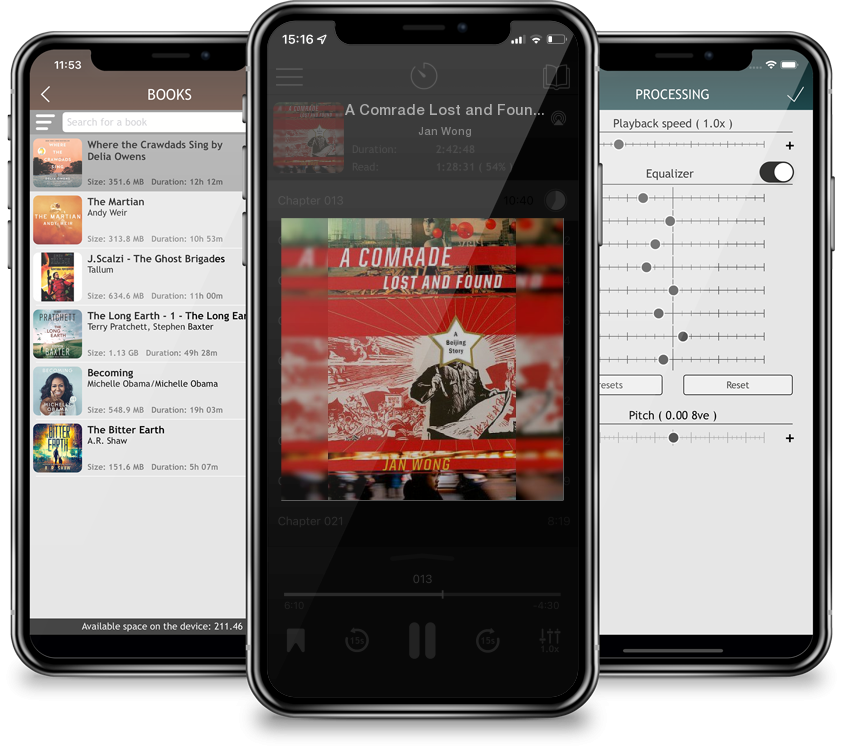 A Comrade Lost and Found: A Beijing Story

A journalist’s search through Beijing for the classmate she betrayed during the Cultural Revolution reveals three decades of Chinese transformation.In the early 1970s, at the height of the Cultural Revolution, JanWong traveled from Canada to become one of only two Westerners permitted to study at Beijing University.One day a fellow student, Yin Luoyi, asked for help getting to the United States.Wong, then a starry-eyed Maoist, immediately reported her to the authorities, and shortly thereafter Yin disappeared.Thirty-three years later, hoping to make amends,Wong revisits the Chinese capital, with her husband and teenage sons in tow, to search for the person who has haunted her conscience. At the very least, she wants to discover whether Yin survived. But Wong finds the city bewildering—ancient landmarks have made way for luxury condominiums. In the new Beijing, phone numbers, addresses, and even names change with startling frequency. In a society determined to bury the past, Yin Luoyi will be hard to find.As she traces her way from one former comrade to the next,Wong unearths not only the fate of the woman she betrayed but a web of fates that mirrors the strange and dramatic journey of contemporary China and rekindles all of her love for—and disillusionment with—her ancestral land.