Want to listen to the audiobook A Cook's Life written by Stephanie Alexander?
MP3 Audiobook Player is here to help! 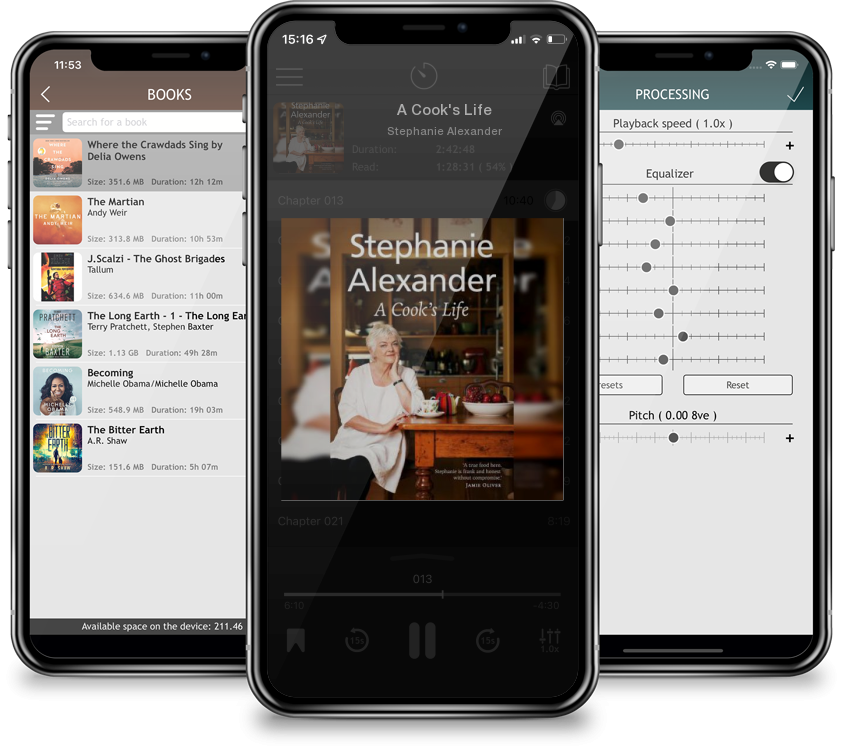 For Australians, Stephanie Alexander is the very definition of a household name. Each day thousands turn to her Cook's Companion for the most reliable recipes and advice. But before she wrote her food bible, she spent decades avidly documenting food experiences. Shaped by her mother's dedication to good food and her father's love of reading, she trained as a librarian and all the while observed, assessed and re-created the dishes she loved. Her monthly university allowance rarely lasted more than a week, all spent on pan-fried flounder and chestnut Mont Blanc. She was seduced over pain Poîlane while working as an au pair in Paris, and later over ackee and saltfish in London. In 1966, with no formal culinary training and a newborn baby, but brimming with confidence and sheer determination, she opened Jamaica House with her first husband. The personal toll was great and it was many years until she emerged on the restaurant scene again. Stephanie's Restaurant would become part of Melbourne food folklore, permanently raising the bar for restaurant dining in Australia. Over the next 21 years, in her quest for the sort of produce she had enjoyed while living and traveling in Europe, Stephanie championed small local suppliers or grew it herself. Her indefatigable determination and single-minded vision have influenced—and sometimes intimidated—a generation of chefs, cooks and diners.