Want to listen to the audiobook A Country of Vast Designs: James K. Polk, the Mexican War and the Conquest of the American Continent written by Robert W. Merry?
MP3 Audiobook Player is here to help! 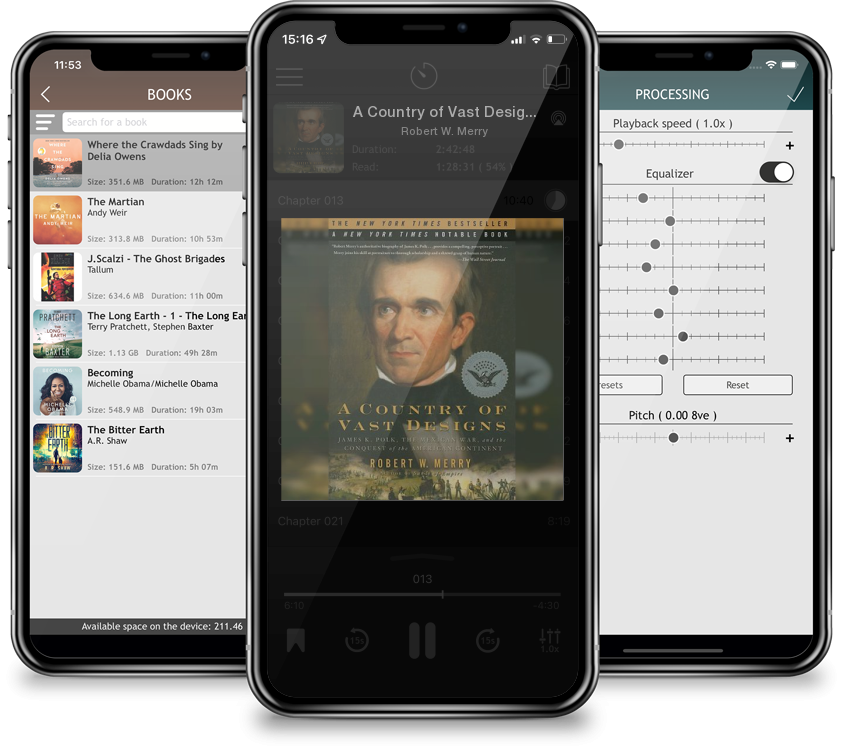 A Country of Vast Designs: James K. Polk, the Mexican War and the Conquest of the American Continent

President James K. Polk, often overlooked yet ever-consequential, comes to life in this “compelling, perceptive portrait” (The Wall Street Journal) biography of the 11th President of the United States, Andrew Jackson protégé, and champion of “manifest destiny.”In a one-term presidency, James K. Polk completed the story of America’s Manifest Destiny—extending its territory across the continent by threatening England with war and manufacturing a controversial and unpopular two-year war with Mexico. "A crucial architect of modern America, James K. Polk deserves to be elevated out of the mists of history" (Jon Meacham, author of American Lion).