Want to listen to the audiobook A Course of Their Own: A History of African American Golfers written by John H. Kennedy?
MP3 Audiobook Player is here to help! 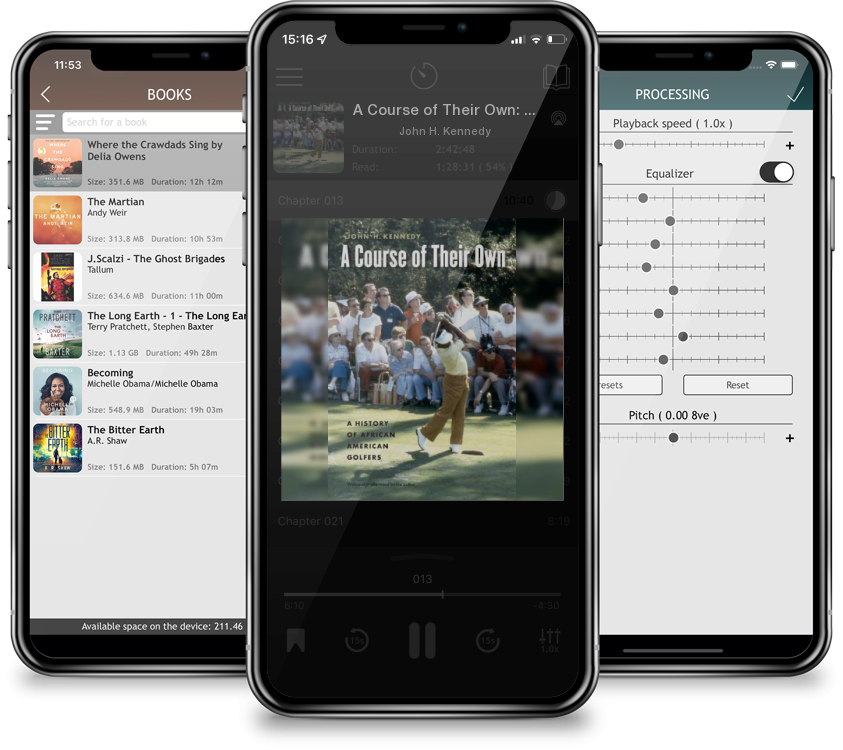 A Course of Their Own: A History of African American Golfers

Bill Spiller was forty-seven when he was forced by desperate finances to caddie at the Hillcrest Country Club in Los Angeles. One day Spiller was caddying for a member who became outraged by Spiller’s stories of inequities and suffering during his golfing career. The golfer urged Spiller to write California’s attorney general, who later ordered the Professional Golfers’ Association (PGA) to cease its discrimination. In 1961 the “Caucasian race” clause was deleted from the PGA constitution. This was an historic decision that gave black golfers the chance to compete at the highest level in the sport. Golf has long been the domain of white men. During the twentieth century, however, African American pioneers such as Lee Elder, Howard Wheeler, and Charlie Sifford broke down the barriers for black golfers who wanted to play, and win, as equals with white golfers. A Course of Their Own looks at golf from the perspectives of these men, who had courage as well as remarkable skills. It tells the stories of their struggles, their bravery, and their passion for the game and puts their lives and contributions into historical perspective.