Want to listen to the audiobook A Darker Shade of Blue written by L. a. Girifalco?
MP3 Audiobook Player is here to help! 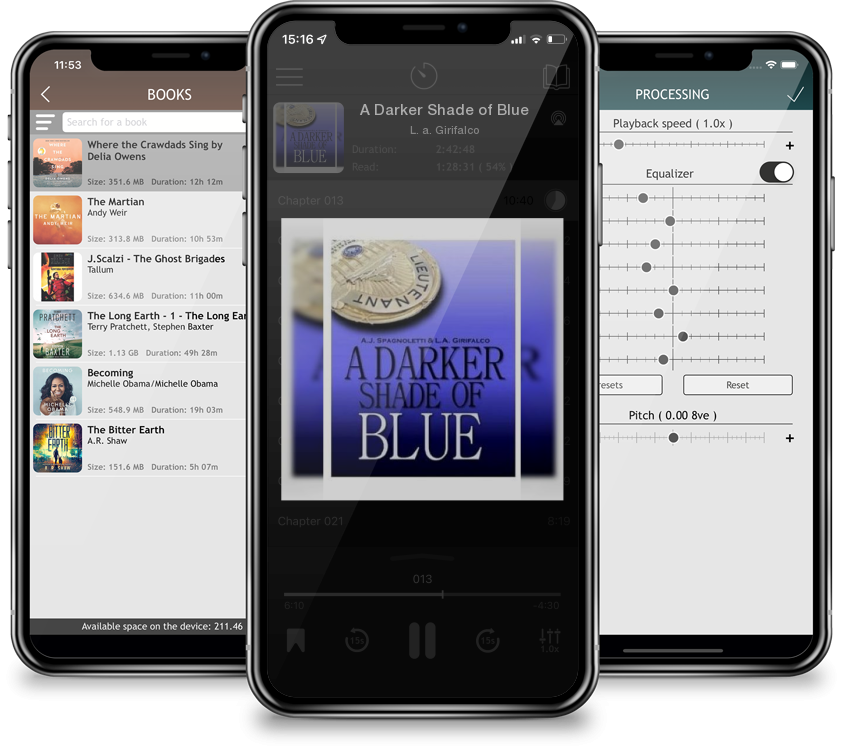 A Darker Shade of Blue

Law enforcement today is a very different world from what it was when I was on the job, with cell cameras, sights and sounds installed in all the patrol cars, the media down on the police, I would have lasted six months before getting fired or maybe even arrested I have great sympathy for today's cops, especially the uniform guys who, from childhood, were taught by their parent to always try to do the right thing, to think on your feet and never ever back down from those wanting to harm you or your loved ones. My parents told me early on that I should do what I want as long as it's at nobody elses expense. I lived by that rule or at least always tried to. Was I a saint? I wasn't a saint, but I was a crusader. I can honestly say I never ever intentionally physically hurt anyone who didn't deserve getting hurt. Are there bad cops out there? You bet there are. There were bad cops from way back in our history. Cops that took great pleasure in beating people, cops stealing money from drug dealers, cops abusing their power. They will someday regret every action, every cent they stole, and every head they bashed in. That was never me. It sickens me to the point where I can't watch news coverage of cop abuse or corruption. But in defense of the vast majority of good and decent cops, their job is 100 percent tougher than when I fought crime. Hell, I received commodations for doing the same things the new cops are getting fired for. Who in their right mind would want this insane job? But for some there is a light at the end of the tunnel. I worked really hard and followed the light right into the detective unit. When ever do you ever read about an abusive detective? You take the uniform off, dress up in a suit and the public respects you. You're viewed as the elite, more intelligent and you command respect. Does it get any better than that? You bet it does. It's being an he undercover narcotic detective. He hides his badge and blends in with the unmade beds of America. He's backed up with a license to do pretty much anything he wants just as long as he doesn't cross the line. There are no cell phone cameras watching his every move. No one to claim police abuse. In my mind it's the best of the best. This book is a blend of all three of my lives as a cop. Three very different jobs heading for the very same goal. Take the bad guy off the streets and make the people around us as safe as possible. Not everyone who reads this will agree with the way I went about accomplishing that goal. Some will admire me and some won't. But just maybe I was somehow responsible for keeping you and your children alive. You never know. I thank my co-author Dr. Lou Girifalco for encouraging me to write this autobiography. I also want to give thanks to all of you I mention in the book and even though few true names are mentioned, you know who you are. Special thanks to my wife Terry for putting up with me through those tough years. I hope you enjoy reading this as much as I enjoyed doing it.