Want to listen to the audiobook A Drinking Life: A Memoir written by Pete Hamill?
MP3 Audiobook Player is here to help! 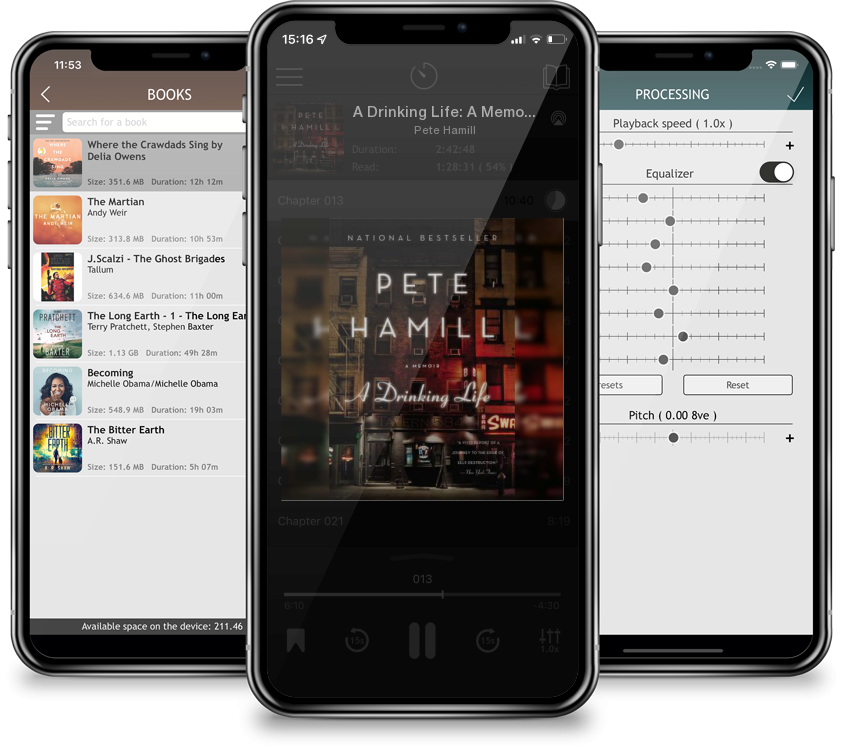 A Drinking Life: A Memoir

This bestselling memoir from a seasoned New York City reporter is "a vivid report of a journey to the edge of self-destruction" (New York Times). As a child during the Depression and World War II, Pete Hamill learned early that drinking was an essential part of being a man, inseparable from the rituals of celebration, mourning, friendship, romance, and religion. Only later did he discover its ability to destroy any writer's most valuable tools: clarity, consciousness, memory. In A Drinking Life, Hamill explains how alcohol slowly became a part of his life, and how he ultimately left it behind. Along the way, he summons the mood of an America that is gone forever, with the bittersweet fondness of a lifelong New Yorker."Magnificent. A Drinking Life is about growing up and growing old, working and trying to work, within the culture of drink." --Boston Globe