Want to listen to the audiobook A Fire You Can't Put Out: The Civil Rights Life of Birmingham's Reverend Fred Shuttlesworth (Religion & American Culture) written by Andrew M. Manis?
MP3 Audiobook Player is here to help! 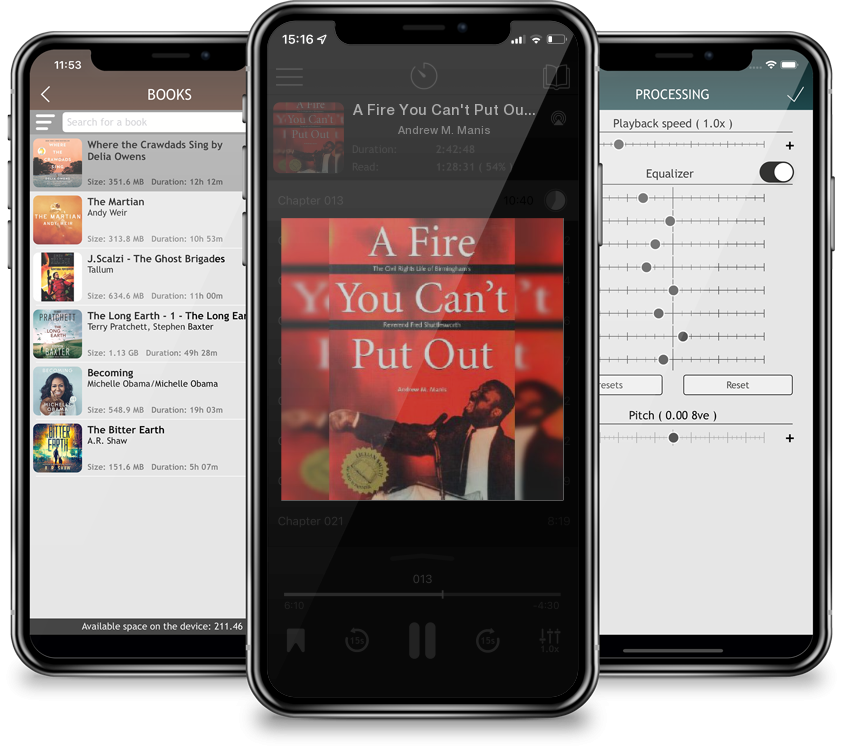 When Fred Shuttlesworth suffered only a bump on the head in the 1956 bombing of his home, members of his church called it a miracle. Shuttlesworth took it as a sign that God would protect him on the mission that had made him a target that night. Standing in front of his demolished home, Shuttlesworth vigorously renewed his commitment to integrate Birmingham's buses, lunch counters, police force, and parks. The incident transformed him, in the eyes of Birmingham's blacks, from an up-and-coming young minister to a virtual folk hero and, in the view of white Birmingham, from obscurity to rabble-rouser extraordinaire.From his 1956 founding of the Alabama Christian Movement for Human Rights through the historic demonstrations of 1963, driven by a sense of divine mission, Shuttlesworth pressured Jim Crow restrictions in Birmingham with radically confrontational acts of courage. His intensive campaign pitted him against the staunchly segregationist police commissioner Eugene "Bull" Connor and ultimately brought him to the side of Martin Luther King Jr. and to the inner chambers of the Kennedy White House.First published in 1999, Andrew Manis's award-winning biography of "one of the nation's most courageous freedom fighters" demonstrates compellingly that Shuttleworth's brand of fiery, outspoken confrontation derived from his prophetic understanding of the pastoral role. Civil rights activism was tantamount to salvation in his understanding of the role of Christian minister.