Want to listen to the audiobook A Forest in the Clouds written by John Fowler?
MP3 Audiobook Player is here to help! 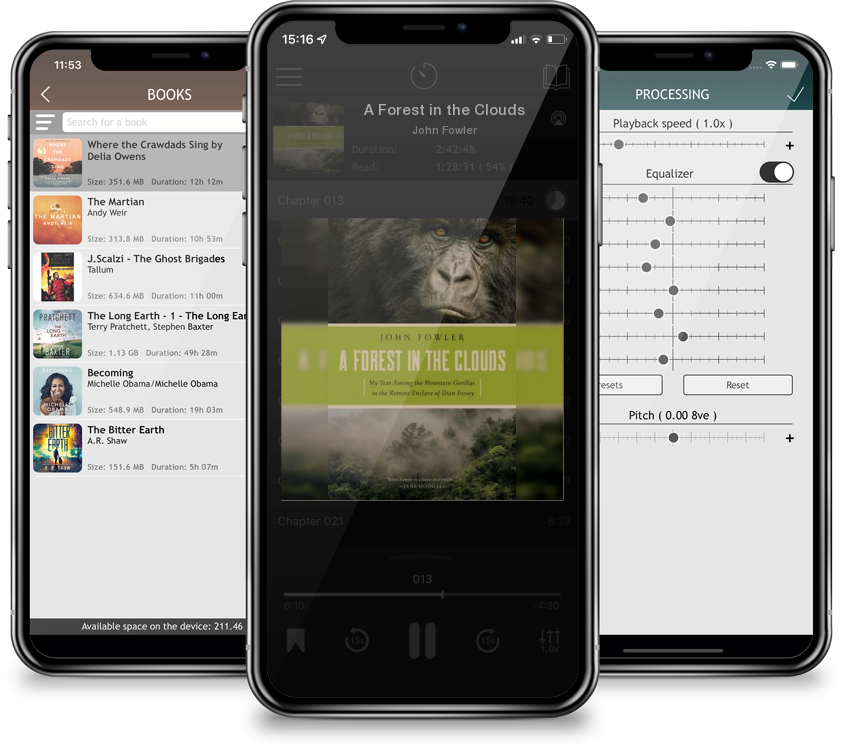 A Forest in the Clouds

For the first time, a riveting insider's account of the fascinating world of Dr. Dian Fossey’s mountain gorilla camp, telling the often-shocking story of the unraveling of Fossey’s Rwandan facility alongside adventures tracking mountain gorillas over hostile terrain, confronting aggressive silverbacks, and rehabilitating orphaned baby gorillas.In A Forest in the Clouds, John Fowler takes us into the world of Karisoke Research Center, the remote mountain gorilla camp of Dr. Dian Fossey, a few years prior to her gruesome murder. Drawn to the adventure and promise of learning the science of studying mountain gorillas amid the beauty of Central Africa’s cloud forest, Fowler soon learns the cold harsh realities of life inside Fossey’s enclave ten thousand feet up in the Virunga Volcanoes.  Instead of the intrepid scientist he had admired in the pages of National Geographic, Fowler finds a chain-smoking, hard-drinking woman bullying her staff into submission. While pressures mount from powers beyond Karisoke in an effort to extricate Fossey from her domain of thirteen years, she brings new students in to serve her most pressing need—to hang on to the remote research camp that has become her mountain home. Increasingly bizarre behavior has targeted Fossey for extrication by an ever-growing group of detractors—from conservation and research organizations to the Rwandan government. Amid the turmoil, Fowler must abandon his own research assignments to assuage the troubled Fossey as she orders him on illegal treks across the border into Zaire, over volcanoes, in search of missing gorillas, and to serve as surrogate parent to an orphaned baby ape in preparation for its traumatic re-introduction into a wild gorilla group.  This riveting story is the only first-person account from inside Dian Fossey’s beleaguered camp. Fowler must come to grips with his own aspirations, career objectives, and disappointments as he develops the physical endurance to keep up with mountain gorillas over volcanic terrain in icy downpours above ten thousand feet, only to be affronted by the frightening charges of indignant giant silverbacks or to be treed by aggressive forest buffalos. Back in camp, he must nurture the sensitivity and patience needed for the demands of rehabilitating an orphaned baby gorilla. A Forest in the Clouds takes the armchair adventurer on a journey into an extraordinary world that now only exists in the memories of the very few who knew it.