Want to listen to the audiobook A Funny Thing Happened on the Way to the Future: Twists and Turns and Lessons Learned written by Michael J. Fox?
MP3 Audiobook Player is here to help! 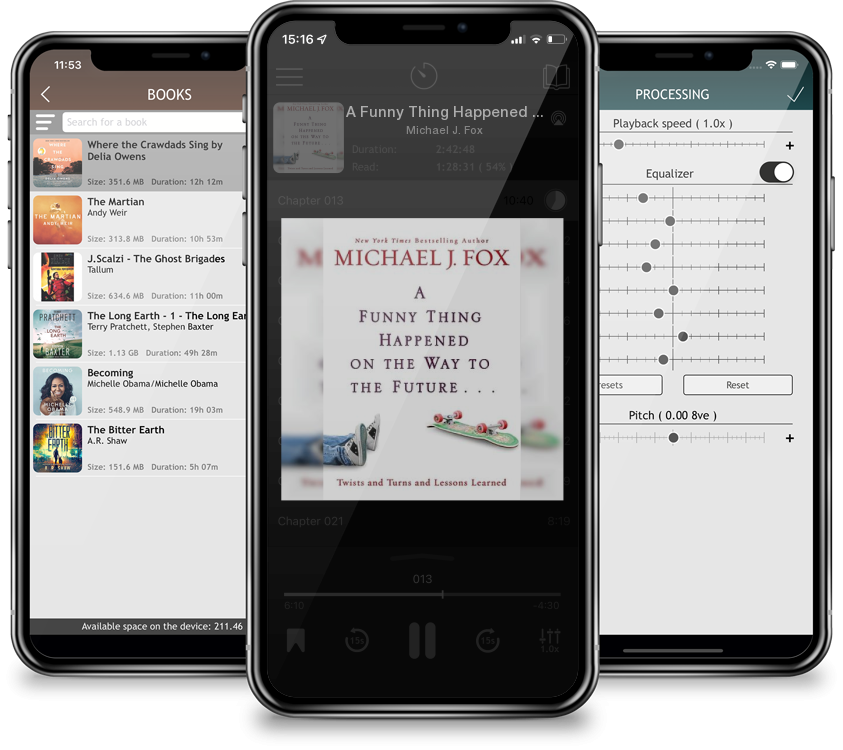 A Funny Thing Happened on the Way to the Future: Twists and Turns and Lessons Learned

Michael J. Fox abandoned high school to pursue an acting career, but went on to receive honorary degrees from several universities and garner the highest accolades for his acting, as well as for his writing. In his new book, he inspires and motivates graduates to recognize opportunities, maximize their abilities, and roll with the punches--all with his trademark optimism, warmth, and humor. In A Funny Thing Happened on the Way to the Future, Michael draws on his own life experiences to make a case that real learning happens when "life goes skidding sideways." He writes of coming to Los Angeles from Canada at age eighteen and attempting to make his way as an actor. Fox offers up a comically skewed take on how, in his own way, he fulfilled the requirements of a college syllabus. He learned Economics as a starving artist; an unexpected turn as a neophyte activist schooled him in Political Science; and his approach to Comparative Literature involved stacking books up against their movie versions. Replete with personal stories and hilarious anecdotes, Michael J. Fox's new book is the perfect gift for graduates.