Want to listen to the audiobook A Good Place to Hide: How One French Community Saved Thousands of Lives in World War II written by Peter Grose?
MP3 Audiobook Player is here to help! 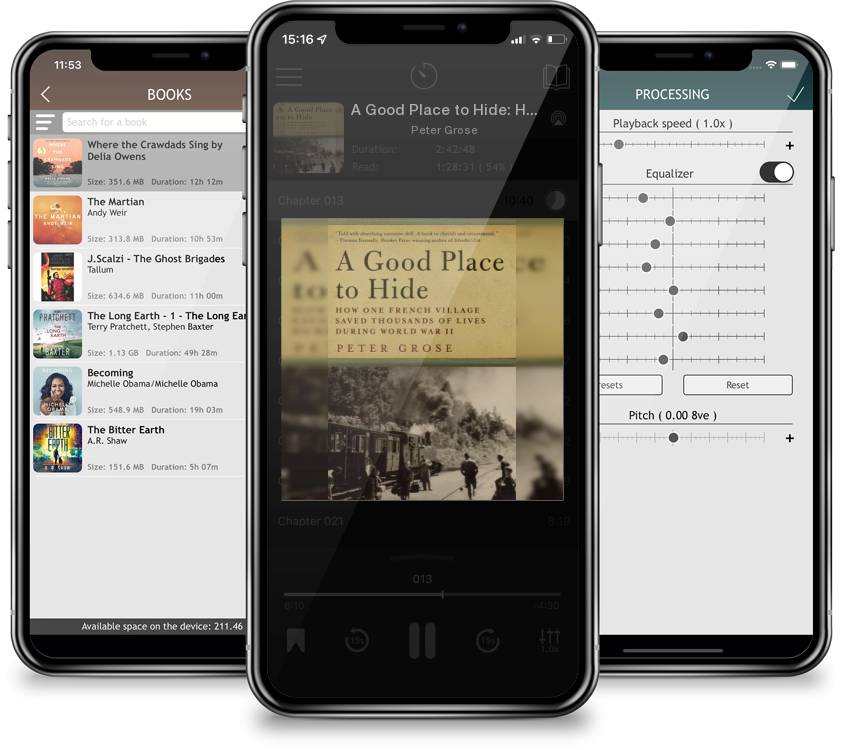 A Good Place to Hide: How One French Community Saved Thousands of Lives in World War II

The untold story of an isolated French community that banded together to offer sanctuary and shelter to over 3,500 Jews in the throes of World War II Nobody asked questions, nobody demanded money. Villagers lied, covered up, procrastinated and concealed, but most importantly they welcomed. This is the story of an isolated community in the upper reaches of the Loire Valley that conspired to save the lives of 3,500 Jews under the noses of the Germans and the soldiers of Vichy France. It is the story of a pacifist Protestant pastor who broke laws and defied orders to protect the lives of total strangers. It is the story of an eighteen-year-old Jewish boy from Nice who forged 5,000 sets of false identity papers to save other Jews and French Resistance fighters from the Nazi concentration camps. And it is the story of a community of good men and women who offered sanctuary, kindness, solidarity and hospitality to people in desperate need, knowing full well the consequences to themselves. Powerful and richly told, A Good Place to Hide speaks to the goodness and courage of ordinary people in extraordinary circumstances.