Want to listen to the audiobook A Hero on Mount St. Helens: The Life and Legacy of David A. Johnston written by Melanie Holmes?
MP3 Audiobook Player is here to help! 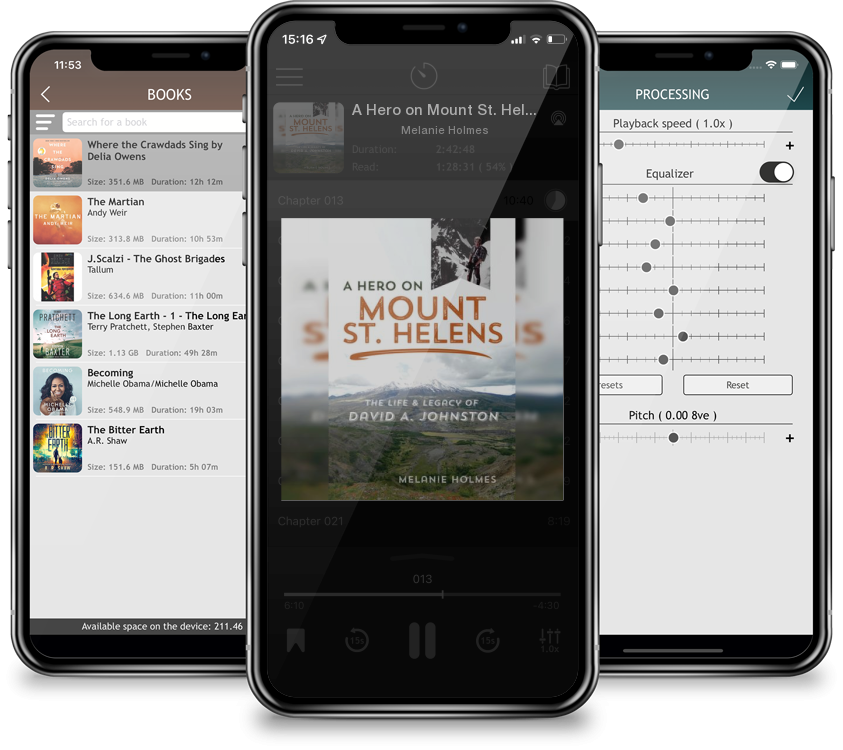 A Hero on Mount St. Helens: The Life and Legacy of David A. Johnston

Serendipity placed David Johnston on Mount St. Helens when the volcano rumbled to life in March 1980. Throughout that ominous spring, Johnston was part of a team that conducted scientific research that underpinned warnings about the mountain. Those warnings saved thousands of lives when the most devastating volcanic eruption in U.S. history blew apart Mount St. Helens, but killed Johnston on the ridge that now bears his name. Melanie Holmes tells the story of Johnston's journey from a nature-loving Boy Scout to a committed geologist. Blending science with personal detail, Holmes follows Johnston through encounters with Aleutian volcanoes, his work helping the Portuguese government assess the geothermal power of the Azores, and his dream job as a volcanologist with the U.S. Geological Survey. Interviews and personal writings reveal what a friend called "the most unjaded person I ever met," an imperfect but kind, intelligent young scientist passionately in love with his life and work and determined to make a difference.