Want to listen to the audiobook A History of Islam in 21 Women written by Hossein Kamaly?
MP3 Audiobook Player is here to help! 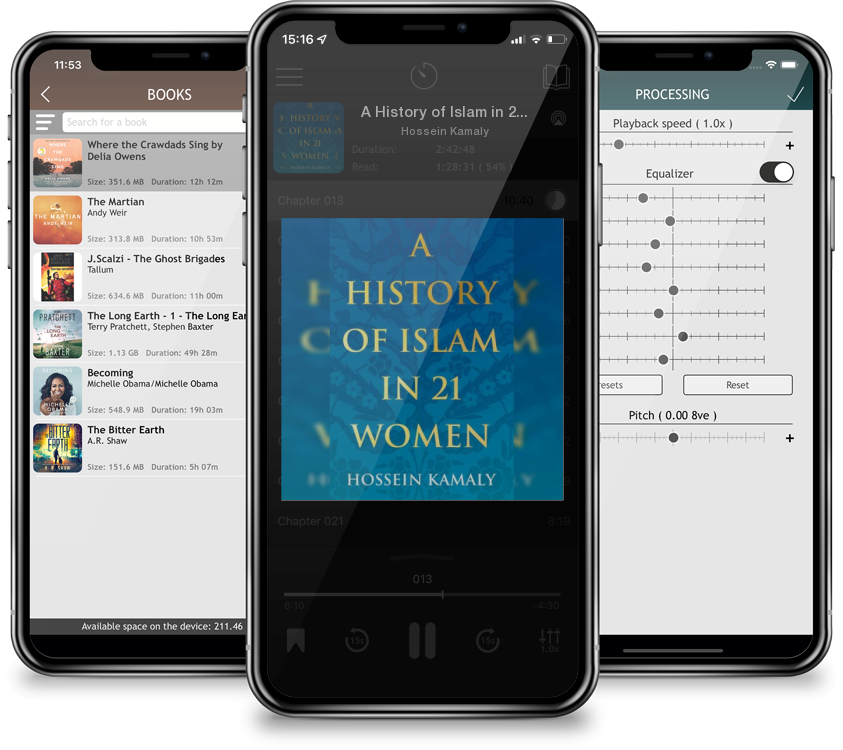 A History of Islam in 21 Women

The story of Islam as never presented beforeKhadija was the first believer, to whom the Prophet Muhammad often turned for advice. At a time when strongmen quickly seized power from any female Muslim ruler, Arwa of Yemen reigned alone for five decades. In nineteenth-century Russia, Mukhlisa Bubi championed the rights of women and girls, and became the first Muslim woman judge in modern history. After the Gestapo took down a Resistance network in Paris, British spy Noor Inayat Khan found herself the only undercover radio operator left in that city. In this unique history, Hossein Kamaly celebrates the lives and achievements of twenty-one extraordinary women in the story of Islam, from the formative days of the religion to the present.