Want to listen to the audiobook A Hobbit, a Wardrobe, and a Great War: How J.R.R. Tolkien and C.S. Lewis Rediscovered Faith, Friendship, and Heroism in the Cataclysm of 1914-1918 written by Joseph Loconte?
MP3 Audiobook Player is here to help! 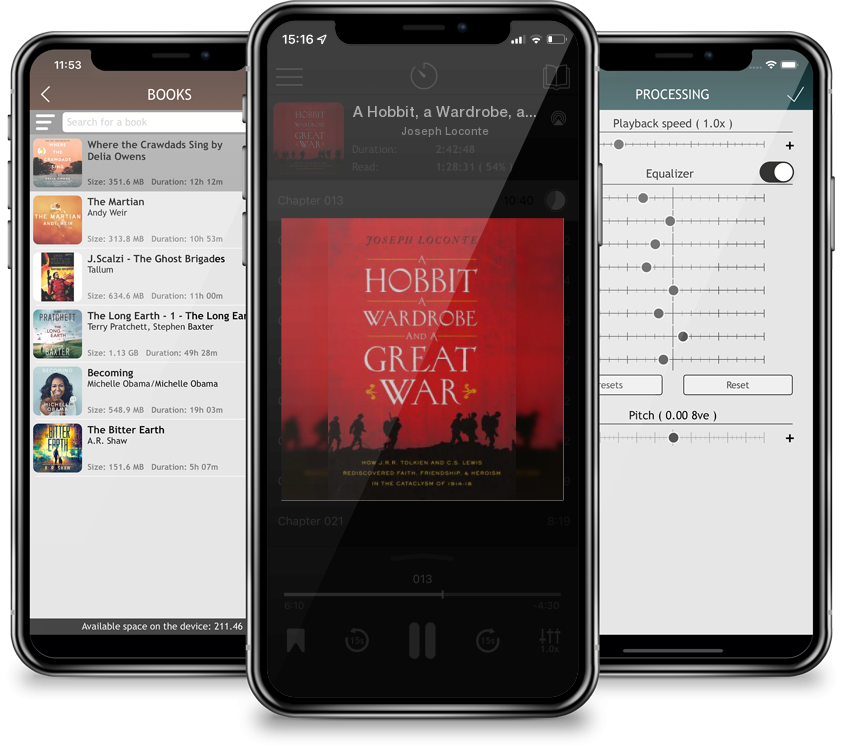 A Hobbit, a Wardrobe, and a Great War: How J.R.R. Tolkien and C.S. Lewis Rediscovered Faith, Friendship, and Heroism in the Cataclysm of 1914-1918

Had there been no Great War, there would have been no Hobbit, no Lord of the Rings, no Narnia, and perhaps no conversion to Christianity by C. S. Lewis.The First World War laid waste to a continent and brought about the end of innocence--and the end of faith. Unlike a generation of young writers who lost faith in the God of the Bible, however, J. R. R. Tolkien and C. S. Lewis found that the Great War deepened their spiritual quest. Both men served as soldiers on the Western Front, survived the trenches, and used the experience of that conflict to ignite their Christian imagination.Tolkien and Lewis produced epic stories infused with the themes of guilt and grace, sorrow and consolation. Giving an unabashedly Christian vision of hope in a world tortured by doubt and disillusionment, the two writers created works that changed the course of literature and shaped the faith of millions. This is the first book to explore their work in light of the spiritual crisis sparked by the conflict.