Want to listen to the audiobook A Hunger for High Country: One Woman’s Journey to the Wild in Yellowstone Country written by Susan Marsh?
MP3 Audiobook Player is here to help! 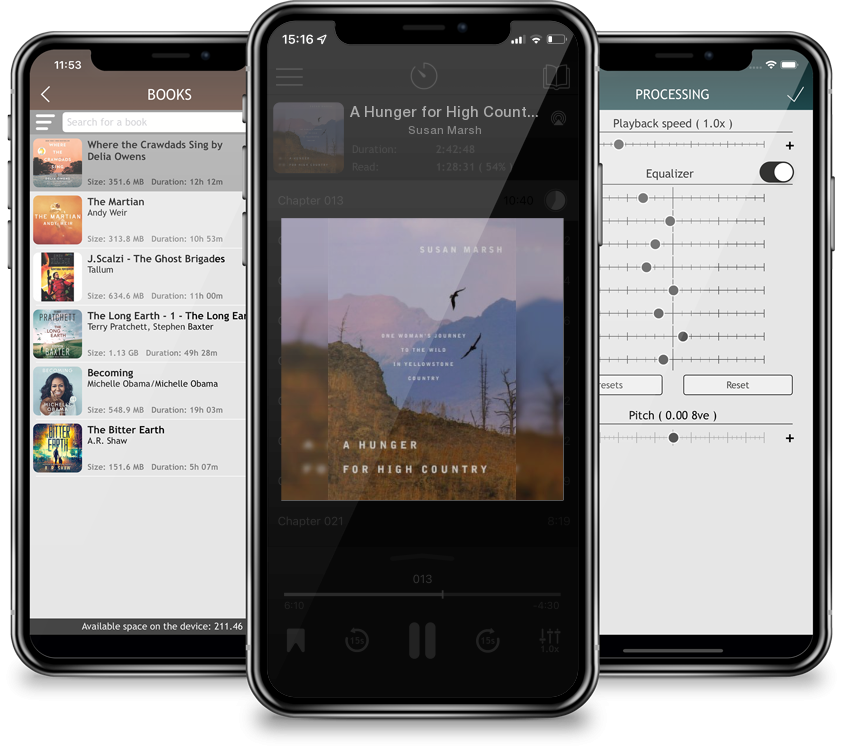 A Hunger for High Country: One Woman’s Journey to the Wild in Yellowstone Country

Before the 1970s few women were employed by the U.S. Forest Service. During the 1960s and 70s new environmental and fair employment laws meant that the agency began to hire talented women in professional careers. For the first time women began working as wildlife biologists, geologists, soil scientists, and fisheries biologists for the Forest Service. A Hunger for High Country is the story of one of these women. Set in the national forests surrounding Yellowstone National Park, A Hunger for High Country is part memoir and part profile of a time and place. Susan Marsh finds her background and values often put her at odds with the agency she works for, and what was supposed to be her dream job in Montana ends in sorrow and frustration after a six year long struggle to fit in. Humbled by her failures, and the part she played in her own downfall, she begins again in the mountains of western Wyoming where she finds refuge and inspiration in nature. Susan Marsh shares with us not only a vivid portrait of what being a professional woman in a land management agency was like during this time period, but also of the Forest Service itself. Encounters with wolves and grizzly bears, outlaws and renegade lawmen, and moments of beauty inspired by wonder in wild country become the scenes through which Marsh’s palpable appreciation for nature are fully rendered on the page. A Hunger for High Country will appeal to anyone interested in the Forest Service, wild land conservation, Yellowstone, and women’s experiences in the West.