Want to listen to the audiobook A Land So Strange: The Epic Journey of Cabeza de Vaca written by Andrés Reséndez?
MP3 Audiobook Player is here to help! 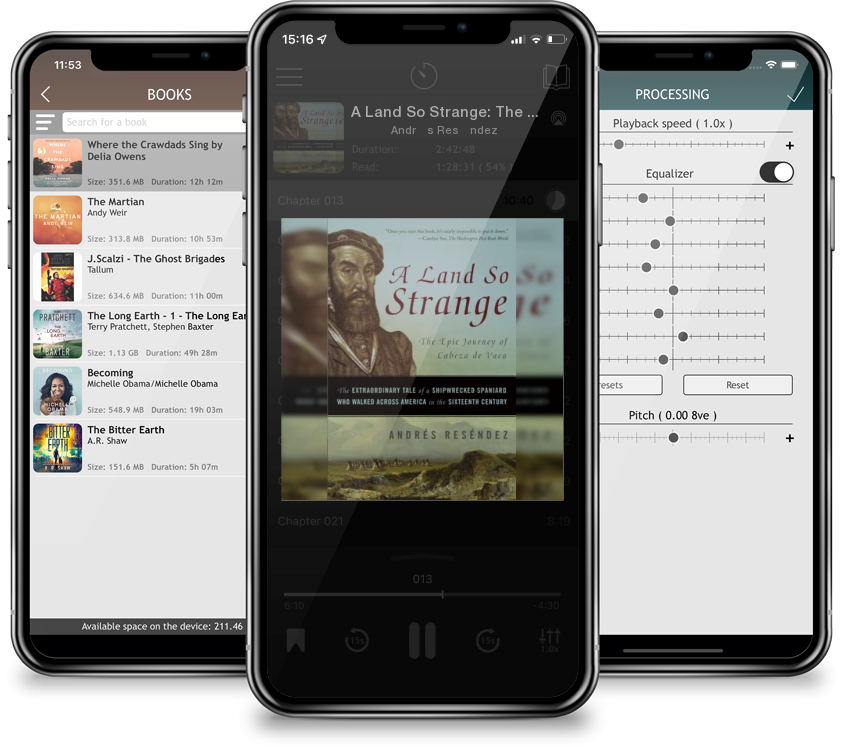 A Land So Strange: The Epic Journey of Cabeza de Vaca

From a Bancroft Prize-winning historian, the "gripping" tale of a shipwrecked Spaniard who walked across America in the sixteenth century (Financial Times)In 1528, a mission set out from Spain to colonize Florida. But the expedition went horribly wrong: Delayed by a hurricane, knocked off course by a colossal error of navigation, and ultimately doomed by a disastrous decision to separate the men from their ships, the mission quickly became a desperate journey of survival. Of the four hundred men who had embarked on the voyage, only four survived-three Spaniards and an African slave. This tiny band endured a horrific march through Florida, a harrowing raft passage across the Louisiana coast, and years of enslavement in the American Southwest. They journeyed for almost ten years in search of the Pacific Ocean that would guide them home, and they were forever changed by their experience. The men lived with a variety of nomadic Indians and learned several indigenous languages. They saw lands, peoples, plants, and animals that no outsider had ever before seen. In this enthralling tale of four castaways wandering in an unknown land, Andrés Reséndez brings to life the vast, dynamic world of North America just a few years before European settlers would transform it forever.