Want to listen to the audiobook A Letter in the Scroll: Understanding Our Jewish Identity and Exploring the Legacy of the World's Oldest Religion written by Rabbi Jonathan Sacks?
MP3 Audiobook Player is here to help! 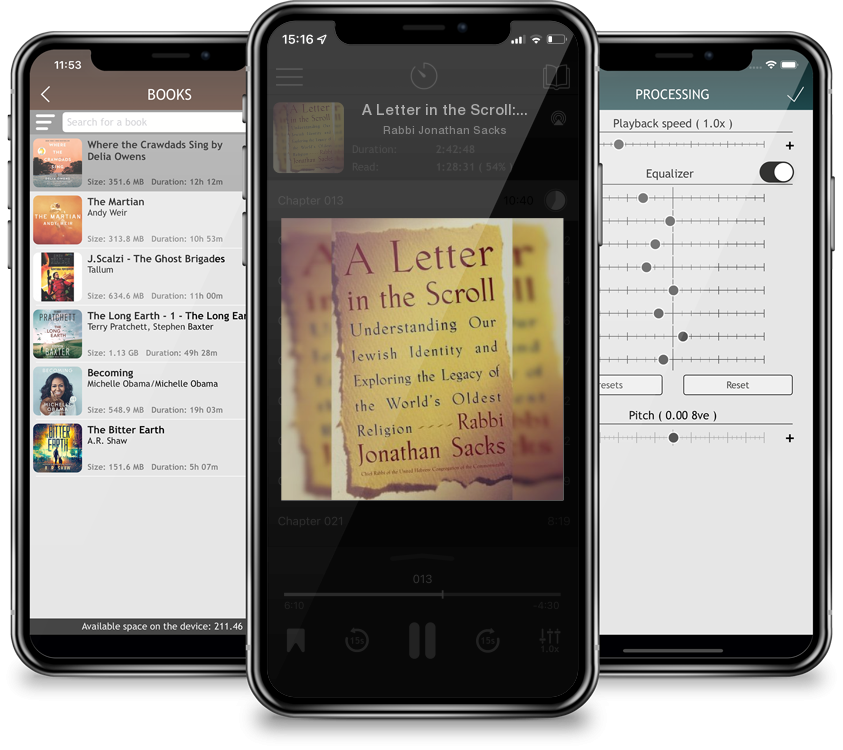 A Letter in the Scroll: Understanding Our Jewish Identity and Exploring the Legacy of the World's Oldest Religion

For too long, Jews have defined themselves in light of the bad things that have happened to them. And it is true that, many times in the course of history, they have been nearly decimated: when the First and Second Temples were destroyed, when the Jews were expelled from Spain, when Hitler proposed his Final Solution. Astoundingly, the Jewish people have survived catastrophe after catastrophe and remained a thriving and vibrant community. The question Rabbi Jonathan Sacks asks is, quite simply: How? How, in the face of such adversity, has Judaism remained and flourished, making a mark on human history out of all proportion to its numbers?Written originally as a wedding gift to his son and daughter-in-law, A Letter in the Scroll is Rabbi Sacks's personal answer to that question, a testimony to the enduring strength of his religion. Tracing the revolutionary series of philosophical and theological ideas that Judaism created -- from covenant to sabbath to formal education -- and showing us how they remain compellingly relevant in our time, Sacks portrays Jewish identity as an honor as well as a duty.The Ba'al Shem Tov, an eighteenth-century rabbi and founder of the Hasidic movement, famously noted that the Jewish people are like a living Torah scroll, and every individual Jew is a letter within it. If a single letter is damaged or missing or incorrectly drawn, a Torah scroll is considered invalid. So too, in Judaism, each individual is considered a crucial part of the people, without whom the entire religion would suffer. Rabbi Sacks uses this metaphor to make a passionate argument in favor of affiliation and practice in our secular times, and invites us to engage in our dynamic and inclusive tradition. Never has a book more eloquently expressed the joys of being a Jew.This is the story of one man's hope for the future -- a future in which the next generation, his children and ours, will happily embrace the beauty of the world's oldest religion.