Want to listen to the audiobook A Life In Nature written by Peter Scott?
MP3 Audiobook Player is here to help! 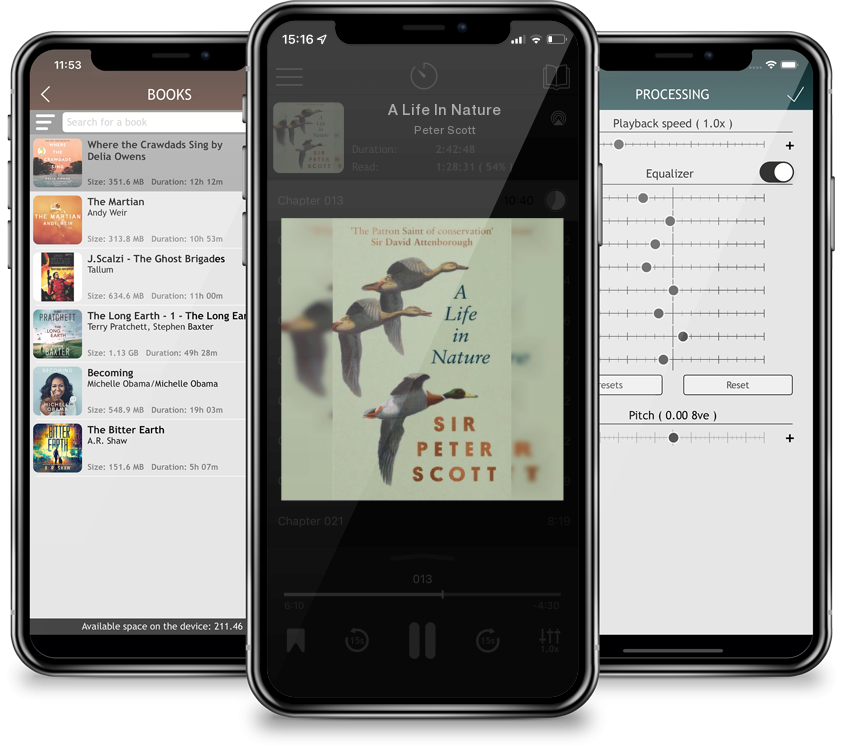 A Life In Nature

'The Patron Saint of Conservation' Sir David Attenborough'Peter Scott was a huge influence on my childhood...Later on in life I had the good fortune both to meet and to interview him, and he remains, for me, a hero. His knowledge, his kindness to me and his generosity of spirit have remained an influence in my own sphere of natural history....To meet one's heroes can sometimes be a let-down. That was most certainly not the case with Peter Scott.' Alan TitchmarshA Life In Nature is a portrait of Peter Scott collected from his own conversations, articles and broadcasts including thoughts on expeditions to Lapland, Conservation and Africa, his travels in Europe and much more. Illustrated by Peter's own beautiful illustrations. Sir Peter Scott had a truly incredible life. He was the only son of legendary explorer Captain Scott. His godfather was JM Barrie and he was married to Elizabeth Jane Howard. He also represented Great Britain and Northern Ireland at sailing in the 1936 Berlin Olympic Games, winning a bronze medal. He founded the Wildfowl and Wetlands Trust and also helped to found the Worldwide Fund for Nature.This is a beautiful and timely re-discovered book, perfect for those who are interested in preserving our planet.