Want to listen to the audiobook A Life Less Ordinary: A Memoir written by Baby Halder?
MP3 Audiobook Player is here to help! 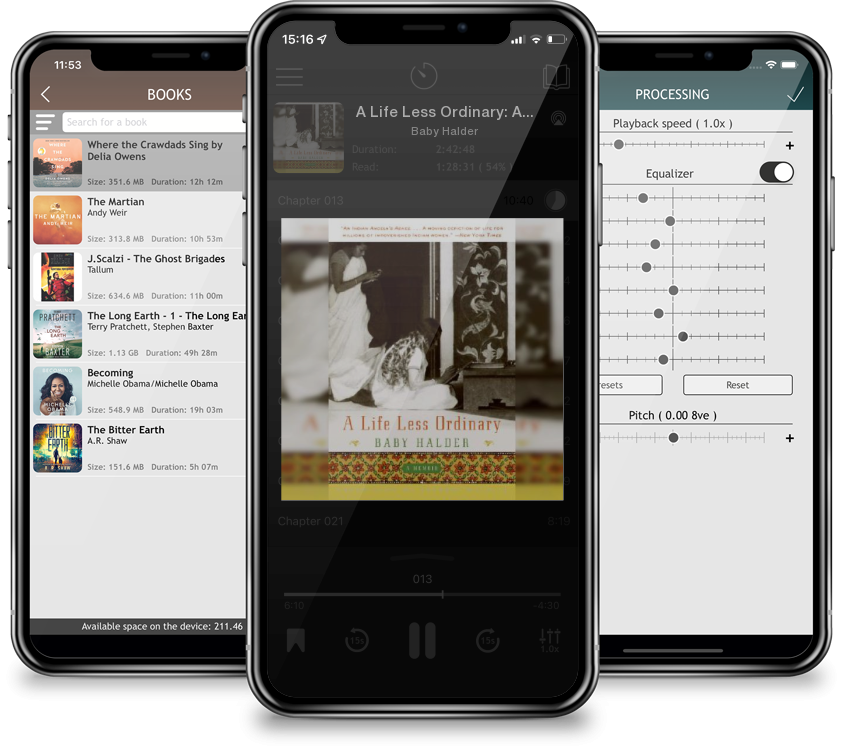 A Life Less Ordinary: A Memoir

When she was very young, Baby Halder was abandoned by her mother and left with a cruel, abusive father. She was married off at twelve to a man twice her age who beat her. At fourteen, she was a mother herself. Her early life was marked by overwhelming challenges and heartbreak until, exhausted and desperate, she fled with her three children to Delhi, to work as a maid in some of the city's wealthiest homes. Expected to serve her employers' every demand, she faced a staggering workload that often left her no time to care for her own children. But she never complained, for such is the lot of the poor in modern-day India.Written without a trace of self-pity, A Life Less Ordinary is a shocking look deep inside a world of poverty and subjugation that few outsiders know about—and an inspiring true story of one remarkable woman's strength, courage, and determination to soar above her circumstances.