Want to listen to the audiobook A Literate Passion: Letters of Anaïs Nin & Henry Miller, 1932-1953 written by Anaïs Nin?
MP3 Audiobook Player is here to help! 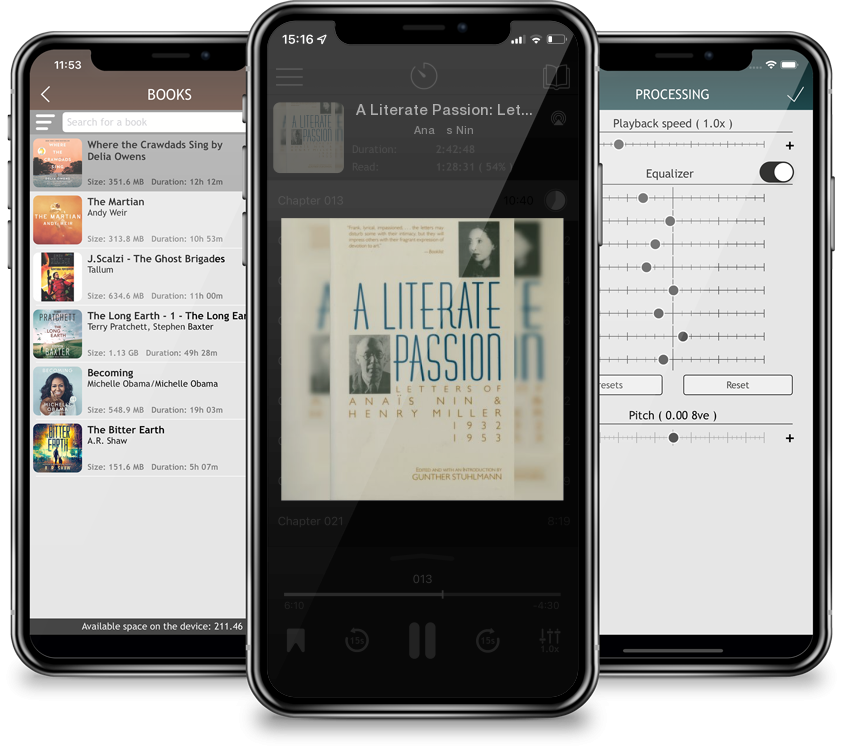 A “lyrical, impassioned” document of the intimate relationship between the two authors that was first disclosed in Henry and June (Booklist).This exchange of letters between the two controversial writers??—??Anaïs Nin, renowned for her candid and personal diaries, and Henry Miller, author of Tropic of Cancer??—??paints a portrait of more than two decades in their complex relationship as it moves through periods of passion, friendship, estrangement, and reconciliation.“The letters may disturb some with their intimacy, but they will impress others with their fragrant expression of devotion to art.” ??—?? Booklist“A portrait of Miller and Nin more rounded than any previously provided by critics, friends, and biographers.” ??—?? Chicago TribuneEdited and with an Introduction by Gunther Stuhlmann