Want to listen to the audiobook A Long Time Ago in a Cutting Room Far, Far Away: My Fifty Years Editing Hollywood Hits—Star Wars, Carrie, Ferris Bueller's Day Off, Mission: Impossible, and More written by Paul Hirsch?
MP3 Audiobook Player is here to help! 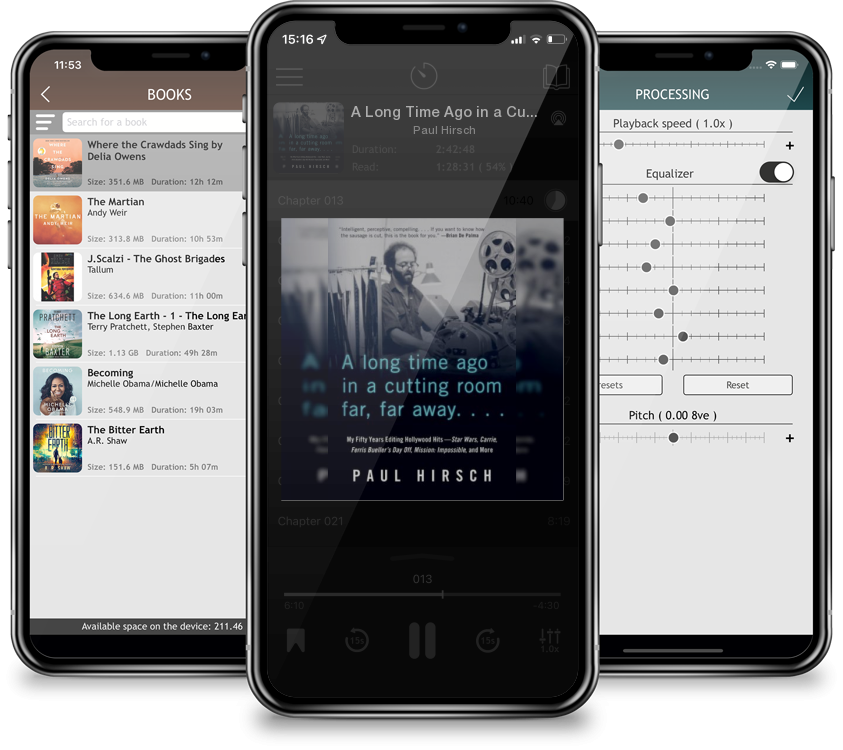 "For its sheer excellence, diversity, and cultural impact, Paul Hirsch's filmography speaks for itself. They say a film is made in the editing room, and this book is easily the most comprehensive, revelatory, and illuminating account of this essential cinematic art. A must-read for both the casual moviegoer and the serious cinephile alike." —Mark HamillA Long Time Ago in a Cutting Room Far, Far Away provides a behind-the-scenes look at some of the most influential films of the last fifty years as seen through the eyes of Paul Hirsch, the Oscar-winning film editor who worked on such classics as George Lucas’s Star Wars and The Empire Strikes Back, Brian De Palma’s Carrie and Mission: Impossible, Herbert Ross’s Footloose and Steel Magnolias, John Hughes’s Ferris Bueller’s Day Off and Planes, Trains & Automobiles, Joel Schumacher’s Falling Down, and Taylor Hackford’s Ray. Hirsch breaks down his career movie by movie, offering a riveting look at the decisions that went into creating some of cinema’s most iconic scenes. He also provides behind-the-scenes insight into casting, directing, and scoring and intimate portraits of directors, producers, composers, and stars.Part film school primer, part paean to legendary filmmakers and professionals, this funny and insightful book will entertain and inform aficionados and casual moviegoers alike.