Want to listen to the audiobook A Long Voyage to the Moon: The Life of Naval Aviator and Apollo 17 Astronaut Ron Evans (Outward Odyssey: A People's History of Spaceflight ) written by Geoffrey Bowman?
MP3 Audiobook Player is here to help! 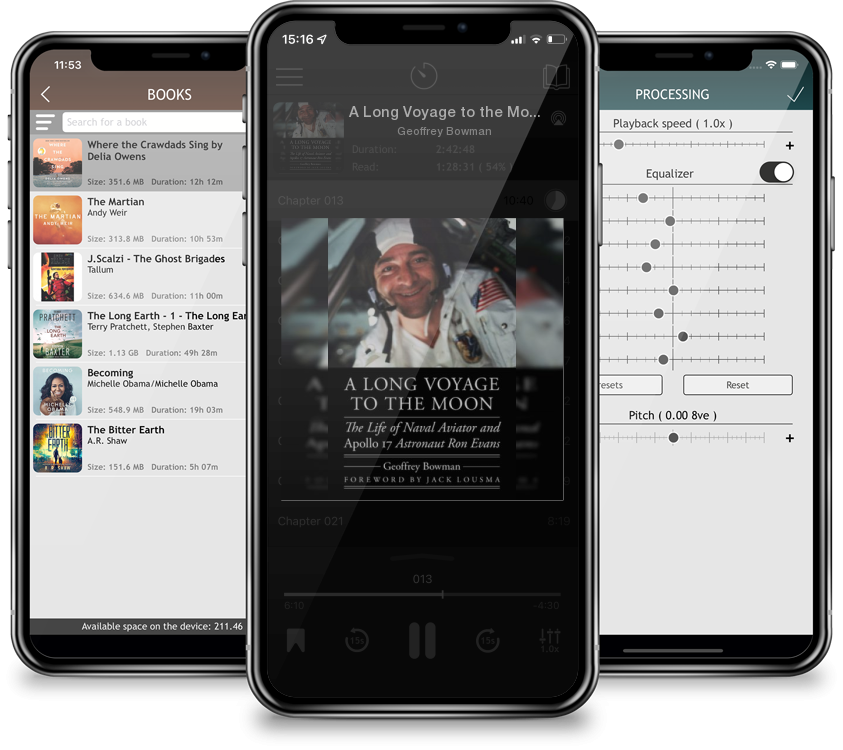 A Long Voyage to the Moon: The Life of Naval Aviator and Apollo 17 Astronaut Ron Evans (Outward Odyssey: A People's History of Spaceflight )

As command module pilot of Apollo 17, the last crewed flight to the moon, Ron Evans combined precision flying and painstaking geological observation with moments of delight and enthusiasm. On his way to the launchpad, he literally jumped for joy in his spacesuit. Emerging from the command module to conduct his crucial spacewalk, he exclaimed, “Hot diggity dog!” and waved a greeting to his family. As a patriotic American in charge of command module America, Evans was nicknamed “Captain America” by his fellow crew members. Born in 1933 in St. Francis, Kansas, Evans distinguished himself academically and athletically in school, earned degrees in electrical engineering and aeronautical engineering, and became a naval aviator and a combat flight instructor. He was one of the few astronauts who served in combat during the Vietnam War, flying more than a hundred missions off the deck of the USS Ticonderoga, the same aircraft carrier that would recover him and his fellow astronauts after the splashdown of Apollo 17. Evans’s astronaut career spans the Apollo missions and beyond. He served on the support crews for 1, 7, and 11 and on the Apollo 14 backup crew before being selected for Apollo 17 and flying on the final moon mission in 1972. He next trained with Soviet cosmonauts as backup command module pilot for the 1975 Apollo-Soyuz mission and carried out early work on the space shuttle program. Evans then left NASA to pursue a business career. He died suddenly in 1990 at the age of fifty-six.