Want to listen to the audiobook A Love Affair with Birds: The Life of Thomas Sadler Roberts written by Sue Leaf?
MP3 Audiobook Player is here to help! 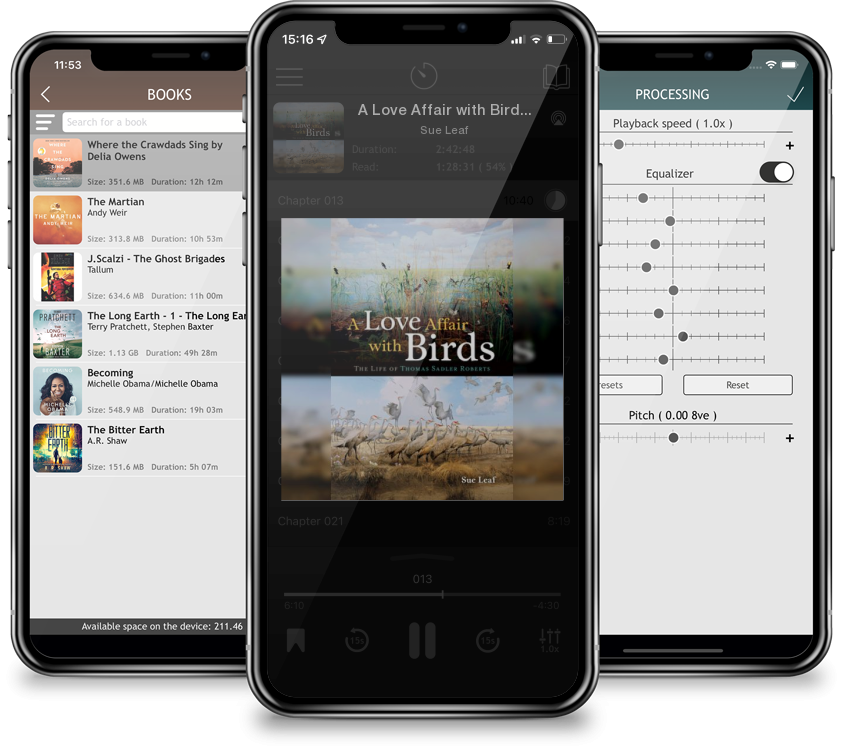 A Love Affair with Birds: The Life of Thomas Sadler Roberts

The father of Minnesota ornithology, whose life story opens a window on a lost world of nature and conservation in the state’s early days Imagine a Minneapolis so small that, on calm days, the roar of St. Anthony Falls could be heard in town, a time when passenger pigeons roosted in neighborhood oak trees. Now picture a dapper professor conducting his ornithology class (the university’s first) by streetcar to Lake Harriet for a morning of bird-watching. The students were mostly young women—in sunhats, sailor tops, and long skirts, with binoculars strung around their necks. The professor was Thomas Sadler Roberts (1858–1946), a doctor for three decades, a bird lover virtually from birth, the father of Minnesota ornithology, and the man who, perhaps more than any other, promoted the study of the state’s natural history. A Love Affair with Birds is the first full biography of this key figure in Minnesota’s past.Roberts came to Minnesota as a boy and began keeping detailed accounts of Minneapolis’s birds. These journals, which became the basis for his landmark work The Birds of Minnesota, also inform this book, affording a view of the state’s rich avian life in its early days—and of a young man whose passion for birds and practice of medicine in a young Minneapolis eventually dovetailed in his launching of the beloved Bell Museum of Natural History.Bird enthusiast, doctor, author, curator, educator, conservationist: every chapter in Roberts’s life is also a chapter in the state’s history, and in his story acclaimed author Sue Leaf—an avid bird enthusiast and nature lover herself—captures a true Minnesota character and his time.