Want to listen to the audiobook A Man of Salt and Trees: The Life of Joy Morton written by James Ballowe?
MP3 Audiobook Player is here to help! 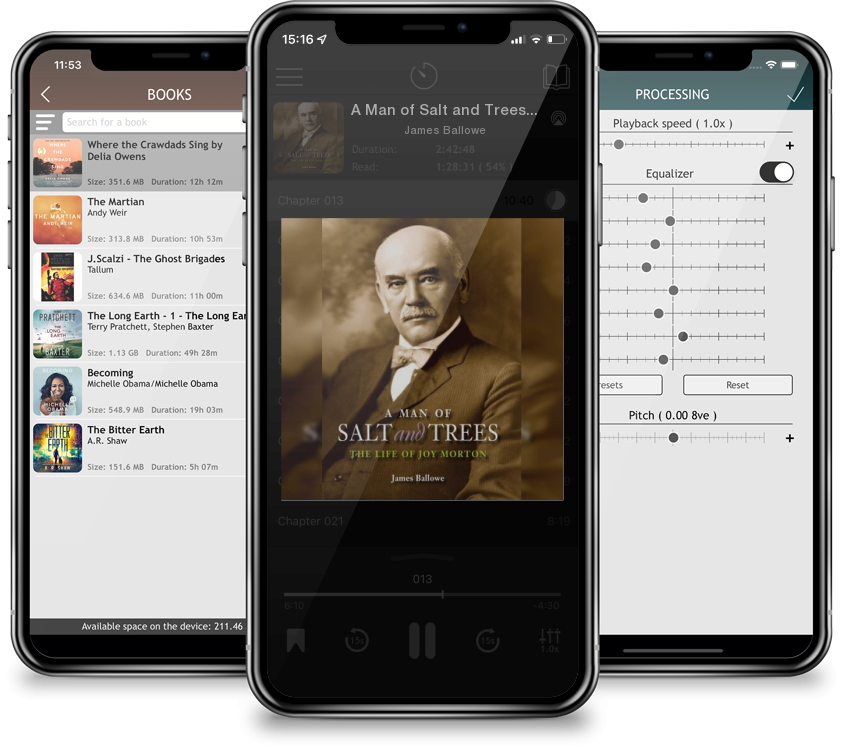 A Man of Salt and Trees: The Life of Joy Morton

A Man of Salt and Trees is the first full-length biography of Joy Morton (1855-1934), founder of The Morton Arboretum—an internationally acclaimed outdoor museum of woody plants—and Morton Salt—the brand that for over a century has been a household name in the United States. Joy Morton’s story begins in the pre–Civil War Nebraska Territory and concludes in the midst of the Great Depression in Chicago, the city in which he lived for over a half century. Using the voluminous correspondence of the Morton family, Ballowe tells the story of the Nebraska farm boy who grew up to be a small town banker who became a leading citizen of Chicago and Illinois and a major figure in the nation’s economic and technological development during the late 19th and early 20th centuries. Morton left his mark in several areas, from business and city planning to transportation and environmental preservation. He was a contributor to the development of Daniel H. Burnham and Edward Bennett’s 1909 Plan of Chicago, which continues to affect the way Chicagoans protect the Lakefront and approach transportation and park issues throughout the region. During the last three decades of his life, Morton served on the Chicago Plan Commission. His interest in transportation led him to become an investor and a director in railroad transportation and a champion of inland waterway traffic. He also single-handedly financed early advancements of the teletype, a technology that advanced the economic and cultural development of the 20th century. Toward the end of his life, Morton funded the University of Chicago’s explorations of Mississippian Indian culture in central Illinois and traveled throughout the world visiting ancient as well as modern cultures and gardens. The Morton Arboretum stands today as a natural expression of a desire Joy Morton had from childhood, when he learned from his father, the founder of Arbor Day, and his mother, a dedicated gardener, that a necessary complement to a good life is the cultivation and preservation of the environment.