Want to listen to the audiobook A Nervous Splendor: Vienna 1888-1889 written by Frederic Morton?
MP3 Audiobook Player is here to help! 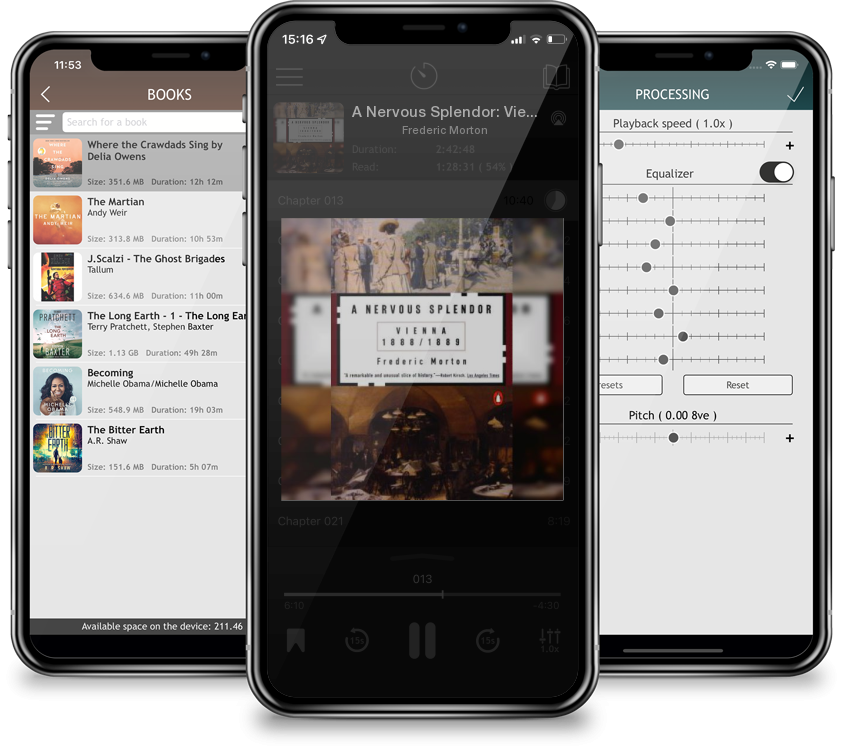 On January 30, 1889, at the champagne-splashed hight of the Viennese Carnival, the handsome and charming Crown Prince Rudolf fired a revolver at his teenaged mistress and then himself. The two shots that rang out at Mayerling in the Vienna Woods echo still.Frederic Morton, author of the bestselling Rothschilds, deftly tells the haunting story of the Prince and his city, where, in the span of only ten months, "the Western dream started to go wrong." In Rudolf's Vienna moved other young men with striking intellectual and artistic talents—and all as frustrated as the Prince. Among them were: young Sigmund Freud, Gustav Mahler, Theodor Herzl, Gustav Klimt, and the playwright Arthur Schnitzler, whose La Ronde was the great erotic drama of the fin de siecle. Morton studies these and other gifted young men, interweaving their fates with that of the doomed Prince and the entire city through to the eve of Easter, just after Rudolf's body is lowered into its permanent sarcophagus and a son named Adolf Hitler is born to Frau Klara Hitler.