Want to listen to the audiobook A New Model of the Universe (Dover Occult) written by P. D. Ouspensky?
MP3 Audiobook Player is here to help! 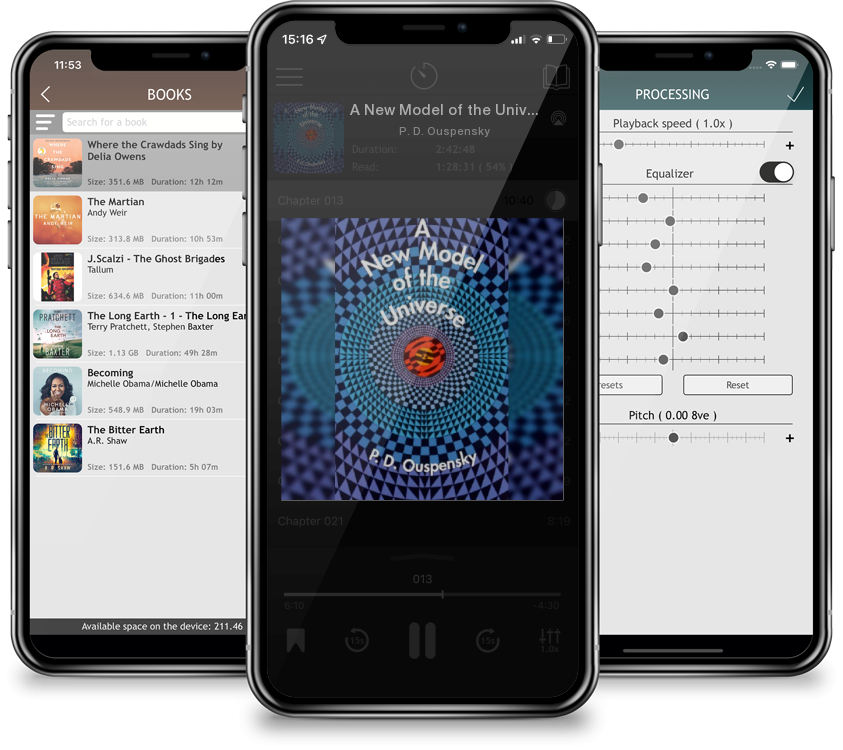 A New Model of the Universe (Dover Occult)

Along with Aleister Crowley, Madame Blavatsky, and George Gurdjieff, P. D. Ouspensky (1878 -1947) was one of the most important and influential figures in the occult movements of the twentieth century. With such books as The Fourth Dimension (incorporated in this present volume), Tertium Organum, In Search of the Miraculous, and The Psychology of Man's Possible Evolution, he earned a loyal following among those seeking a deeper knowledge of themselves and their lives, and of the meaning of human existence.In the present book, Ouspensky analyzes certain older schools of thought, of both East and West, connects them with modern ideas and explains them in the light of twentieth-century discovery and speculations in physics and philosophy. In the process he explores relativity, the fourth dimension, Christian symbolism, the tarot, yoga, dreams, hypnotism, eternal recurrence, and various psychological theories.The book closes with an examination of the role of sex in the evolution of man toward superman. Anyone interested in the occult, mysticism and the relationship of those elements to scientific developments in the modern world will find much to ponder in these stimulating, thought-provoking pages.