Want to listen to the audiobook A Refugee from His Race: Albion W. Tourgée and His Fight against White Supremacy written by Carolyn L. Karcher?
MP3 Audiobook Player is here to help! 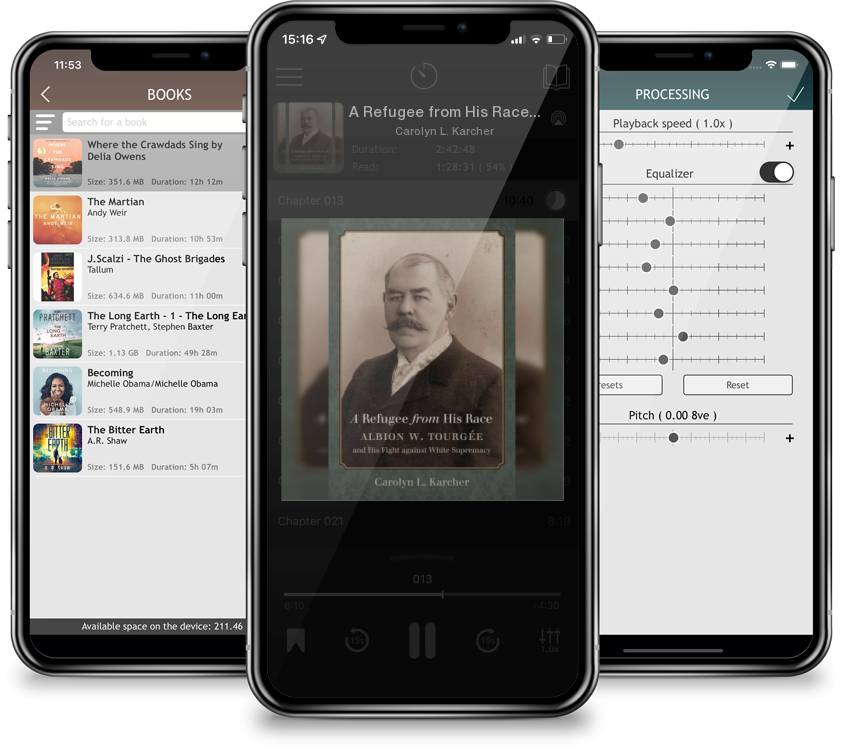 A Refugee from His Race: Albion W. Tourgée and His Fight against White Supremacy

During one of the darkest periods of U.S. history, when white supremacy was entrenching itself throughout the nation, the white writer-jurist-activist Albion W. Tourgee (1838-1905) forged an extraordinary alliance with African Americans. Acclaimed by blacks as "one of the best friends of the Afro-American people this country has ever produced" and reviled by white Southerners as a race traitor, Tourgee offers an ideal lens through which to reexamine the often caricatured relations between progressive whites and African Americans. He collaborated closely with African Americans in founding an interracial civil rights organization eighteen years before the inception of the NAACP, in campaigning against lynching alongside Ida B. Wells and Cleveland Gazette editor Harry C. Smith, and in challenging the ideology of segregation as lead counsel for people of color in the 1896 Plessy v. Ferguson case. Here, Carolyn L. Karcher provides the first in-depth account of this collaboration. Drawing on Tourgee's vast correspondence with African American intellectuals, activists, and ordinary folk, on African American newspapers and on his newspaper column, "A Bystander's Notes," in which he quoted and replied to letters from his correspondents, the book also captures the lively dialogue about race that Tourgee and his contemporaries carried on.