Want to listen to the audiobook A River Running West: The Life of John Wesley Powell written by Donald Worster?
MP3 Audiobook Player is here to help! 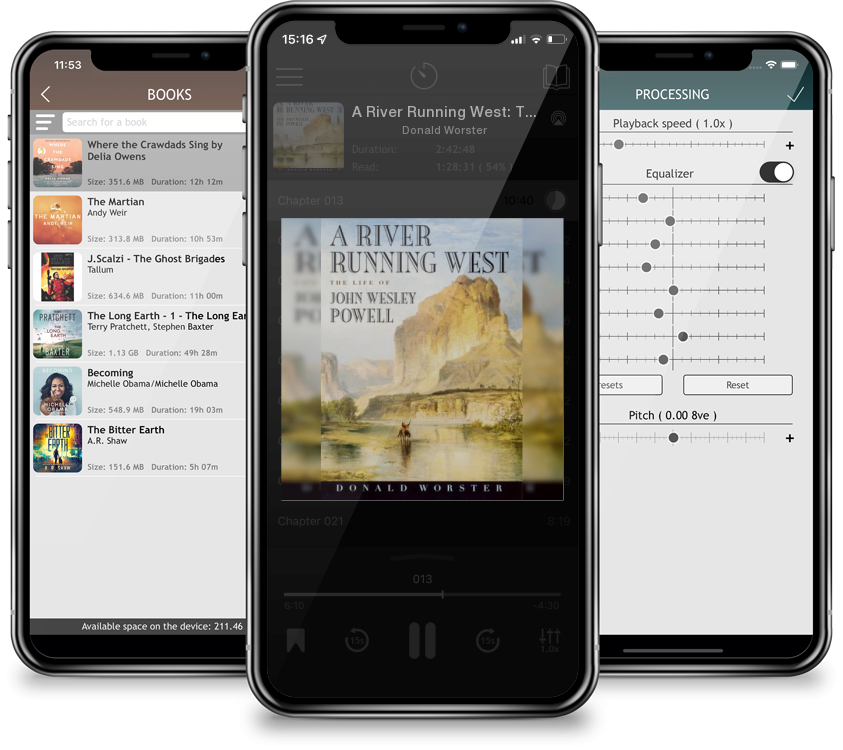 A River Running West: The Life of John Wesley Powell

If the word hero still belonged in the historian's lexicon, it would certainly be applied to John Wesley Powell. Intrepid explorer, careful scientist, talented writer, and dedicated conservationist, Powell led the expedition that put the Colorado River on American maps and revealed the GrandCanyon to the world. Now comes the first biography of this towering figure in almost fifty years--a book that captures his life in all its heroism, idealism, and ambivalent, ambiguous humanity. In A River Running West, Donald Worster, one of our leading Western historians, tells the story of Powell's great adventures and describes his historical significance with compelling clarity and skill. Worster paints a vivid portrait of how this man emerged from the early nineteenth-century worldof immigrants, fervent religion, and rough-and-tumble rural culture, and barely survived the Civil War battle at Shiloh. The heart of Worster's biography is Powell's epic journey down the Colorado in 1869, a tale of harrowing experiences, lethal accidents, and breathtaking discoveries. After yearsin the region collecting rocks and fossils and learning to speak the local Native American languages, Powell returned to Washington as an eloquent advocate for the West, one of America's first and most influential conservationists. But in the end, he fell victim to a clique of Western politicianswho pushed for unfettered economic development, relegating the aging explorer to a quiet life of anthropological contemplation. John Wesley Powell embodied the energy, optimism, and westward impulse of the young United States. A River Running West is a gorgeously written, magisterial account of this great American explorer and environmental pioneer, a true story of undaunted courage in the American West.