Want to listen to the audiobook A Rope and a Prayer: A Kidnapping from Two Sides written by David Rohde?
MP3 Audiobook Player is here to help! 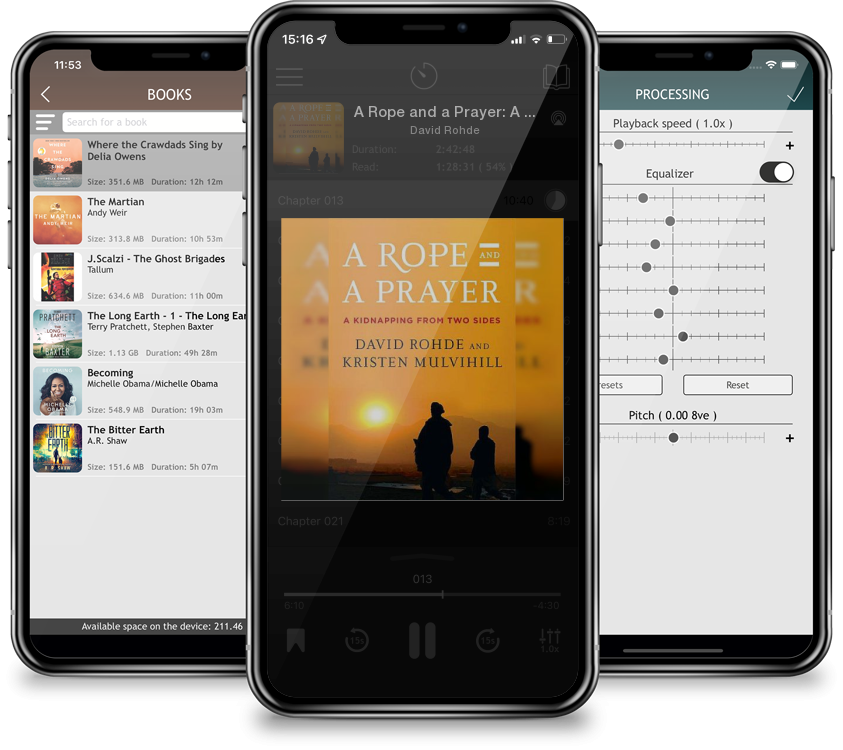 A Rope and a Prayer: A Kidnapping from Two Sides

The compelling and insightful account of a "New York Times" reporter's abduction by the Taliban, and his wife's struggle to free him. Invited to an interview by a Taliban commander, "New York Times" reporter David Rohde and two Afghan colleagues were kidnapped in November 2008 and spirited to the tribal areas of Pakistan. For the next seven months, they lived in an alternate reality, ruled by jihadists, in which paranoia, conspiracy theories, and shifting alliances abounded. Held in bustling towns, they found that Pakistan's powerful military turned a blind eye to a sprawling Taliban ministate that trained suicide bombers, plotted terrorist attacks, and helped shelter Osama bin Laden. In New York, David's wife of two months, Kristen Mulvihill, his family, and "The New York Times" struggled to navigate the labyrinth of issues that confront the relatives of hostages. Their methodical, Western approach made little impact on the complex mix of cruelty, irrationality, and criminality that characterizes the militant Islam espoused by David's captors. In the end, a stolen piece of rope and a prayer ended the captivity. The experience tested and strengthened Mulvihill and Rohde's relationship and exposed the failures of American effort in the region. The tale of those seven months is at once a love story and a reflection of the great cultural divide-and challenge-of our time.