Want to listen to the audiobook A Rude LIfe: The Memoir written by Vir Sanghvi?
MP3 Audiobook Player is here to help! 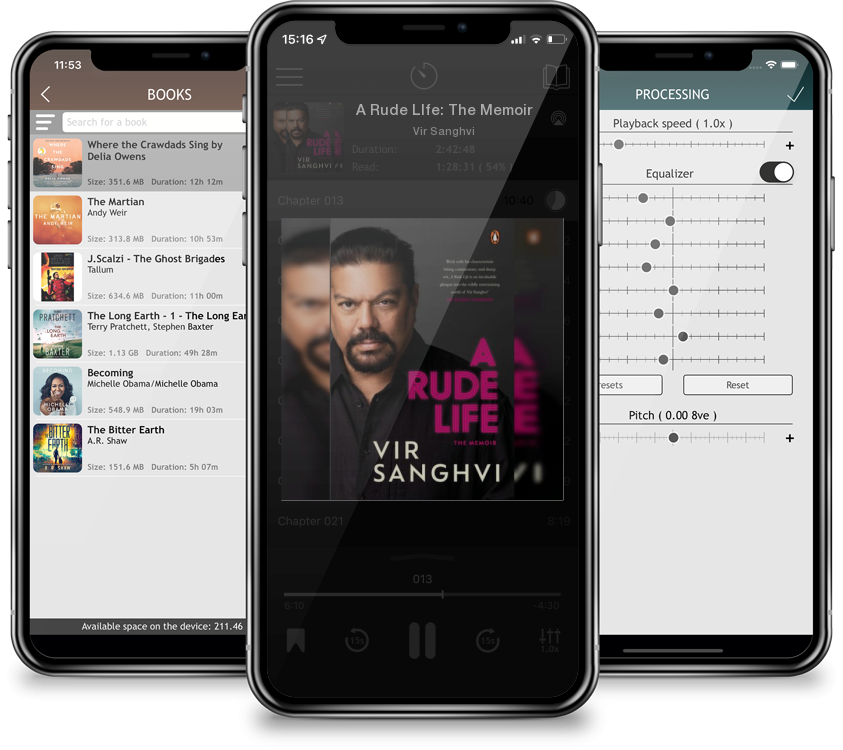 A Rude LIfe: The Memoir

Vir Sanghvi's has been an interesting life - one that took him to Oxford, movie and political journalism, television and magazines - and he depicts it with the silky polish his readers expect of him. In A Rude Life, he turns his dispassionate observer's gaze on himself, and in taut prose tells us about all that he's experienced, and nothing more for he's still a private man. He unhurriedly recounts memories from his childhood and college years, moving on to give us an understanding of how he wrote his biggest stories, while giving us an insider's view into the politics and glamour of that time.