Want to listen to the audiobook A Russian Journal (Classic, 20th-Century, Penguin) written by John Steinbeck?
MP3 Audiobook Player is here to help! 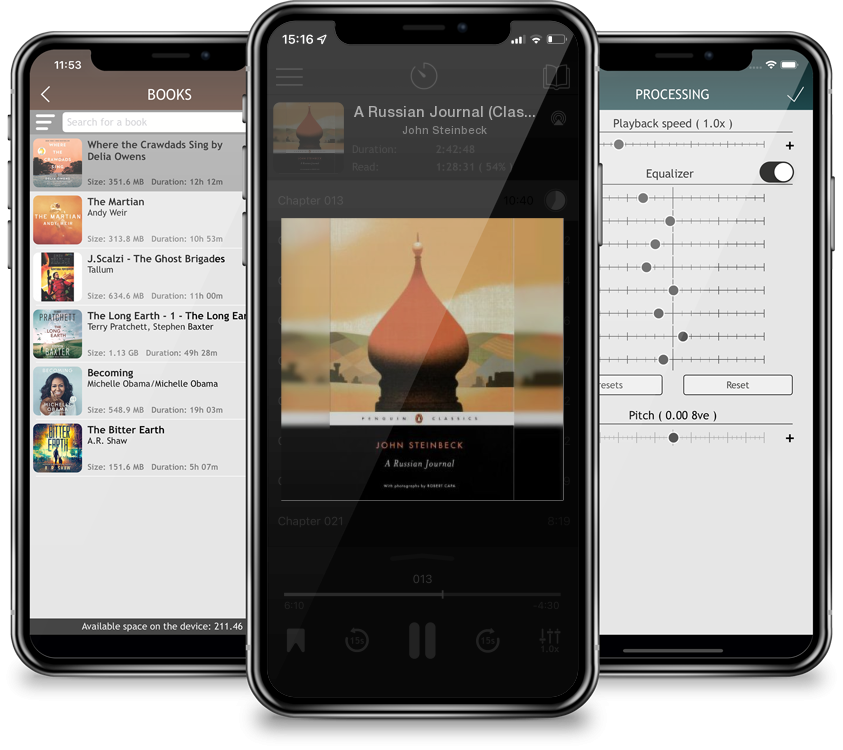 Steinbeck and Capa’s account of their journey through Cold War Russia is a classic piece of reportage and travel writing.A Penguin ClassicJust after the Iron Curtain fell on Eastern Europe, Pulitzer Prize-winning author John Steinbeck and acclaimed war photographer Robert Capa ventured into the Soviet Union to report for the New York Herald Tribune. This rare opportunity took the famous travelers not only to Moscow and Stalingrad – now Volgograd – but through the countryside of the Ukraine and the Caucasus. Hailed by the New York Times as "superb" when it first appeared in 1948, A Russian Journal is the distillation of their journey and remains a remarkable memoir and unique historical document.What they saw and movingly recorded in words and on film was what Steinbeck called "the great other side there … the private life of the Russian people." Unlike other Western reporting about Russia at the time, A Russian Journal is free of ideological obsessions. Rather, Steinbeck and Capa recorded the grim realities of factory workers, government clerks, and peasants, as they emerged from the rubble of World War II—represented here in Capa’s stirring photographs alongside Steinbeck’s masterful prose. Through it all, we are given intimate glimpses of two artists at the height of their powers, answering their need to document human struggle. This edition features an introduction by Steinbeck scholar Susan Shillinglaw. For more than seventy years, Penguin has been the leading publisher of classic literature in the English-speaking world. With more than 1,700 titles, Penguin Classics represents a global bookshelf of the best works throughout history and across genres and disciplines. Readers trust the series to provide authoritative texts enhanced by introductions and notes by distinguished scholars and contemporary authors, as well as up-to-date translations by award-winning translators.