Want to listen to the audiobook A Shot Story: From Juvie to Ph.D. written by David Borkowski?
MP3 Audiobook Player is here to help! 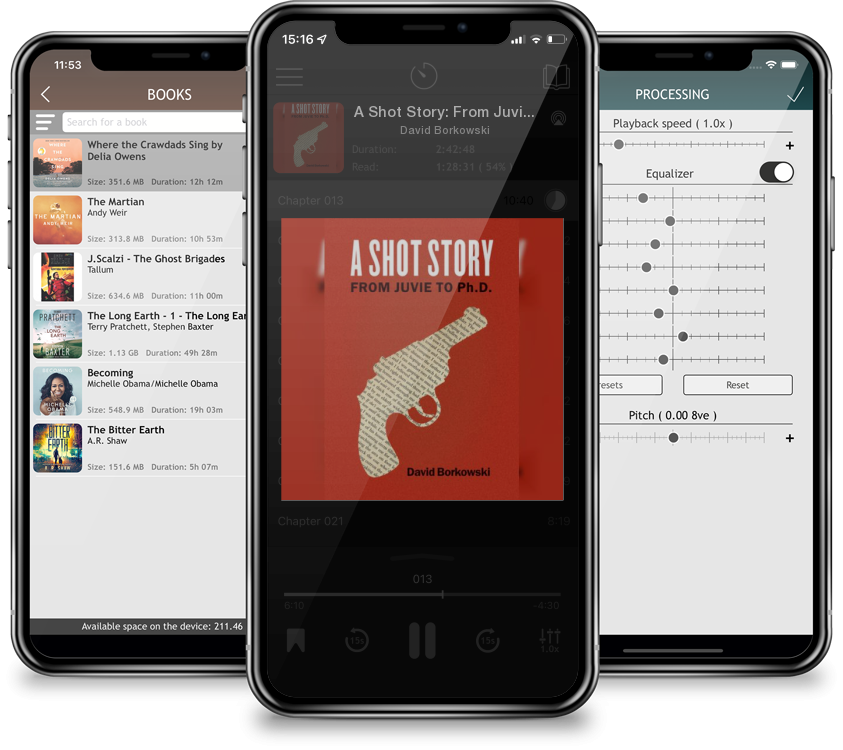 A Shot Story: From Juvie to Ph.D.

The botched robbery didn't do it. Neither did the three gunshots. It wasn't until he flatlined twice and was administered last rites that David Borkowski finally realized he was about to die, a thug at age fifteen. A Shot Story: From Juvie to Ph.D. is a riveting account of how a bullet to his lungs saved his life and helped a juvenile delinquent turn his life around to become an esteemed English professor. Growing up in a working-class section of Staten Island, David and his friends thought they had all the answers: They knew where to hang out without being hassled, where to get high, and what to do if the cops showed up. But when David and his friend called in a pizza order so they could rob the delivery man, things didn't turn out as they'd planned. Staring down the barrel of a gun, David and his friend panicked and took off as the cop fired. Convinced they were shooting harmless "salt" bullets, David darted through front lawns as the cops gave chase. It wasn't until much later, when David was bleeding to death, that the cops realized they had hit one of their own--the son of a fellow cop. Borderline illiterate at the time of the shooting, David took his future into his own hands and found salvation in books. But his attempts to improve his life were stymied by lack of familial support. Bound on all sides by adults who had no faith in his ability to learn or to succeed, David persevered and earned his Ph.D., even as his mother reminded him that it wasn't too late to take the New York City Sanitation Department test. Funny and poignant, but always honest and reflective, A Shot Story tracks David Borkowski's life before and after the "accident" and tells how his having been a rather unremarkable student early on may have been a blessing in disguise. A wonderful addition to the working-class narrative genre, A Shot Story presents a gripping account of the silences of working-class culture as well as the male subculture of Staten Island. Through his heartfelt memoir, Borkowski explores the universal lesson of turning a wrong into a rite of passage.