Want to listen to the audiobook A Slave No More: Two Men Who Escaped to Freedom, Including Their Own Narratives of Emancipation written by David W. Blight?
MP3 Audiobook Player is here to help! 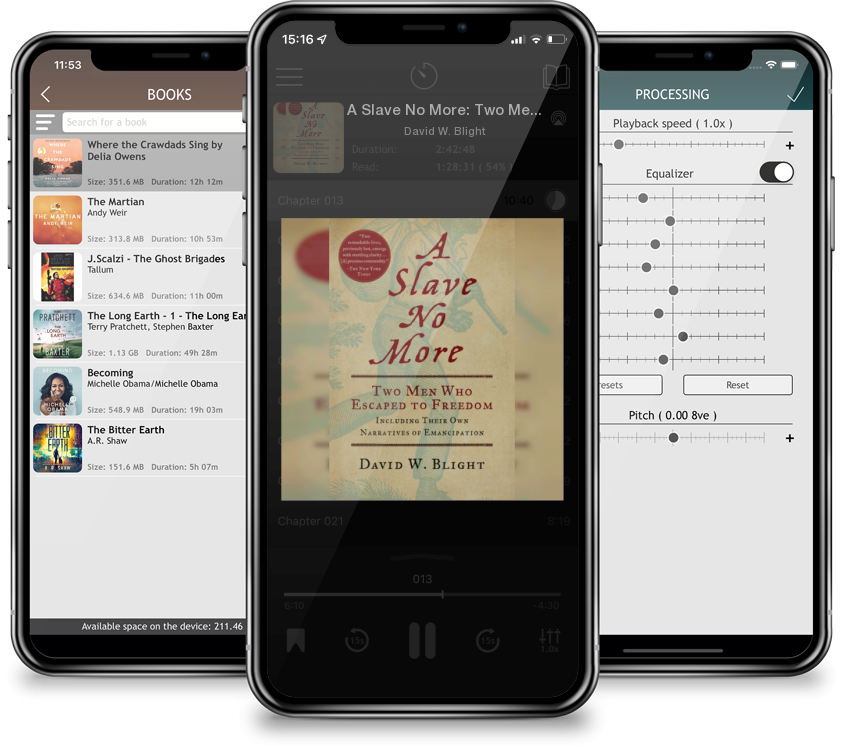 A Slave No More: Two Men Who Escaped to Freedom, Including Their Own Narratives of Emancipation

Slave narratives, some of the most powerful records of our past, are extremely rare, with only fifty-five post–Civil War narratives surviving. A mere handful are first-person accounts by slaves who ran away and freed themselves. Now two newly uncovered narratives, and the biographies of the men who wrote them, join that exclusive group with the publication of A Slave No More, a major new addition to the canon of American history. Handed down through family and friends, these narratives tell gripping stories of escape: Through a combination of intelligence, daring, and sheer luck, the men reached the protection of the occupying Union troops. David W. Blight magnifies the drama and significance by prefacing the narratives with each man’s life history. Using a wealth of genealogical information, Blight has reconstructed their childhoods as sons of white slaveholders, their service as cooks and camp hands during the Civil War, and their climb to black working-class stability in the north, where they reunited their families.In the stories of Turnage and Washington, we find history at its most intimate, portals that offer a rich new answer to the question of how four million people moved from slavery to freedom. In A Slave No More, the untold stories of two ordinary men take their place at the heart of the American experience.