Want to listen to the audiobook A Smile as Big as the Moon: A Special Education Teacher, His Class, and Their Inspiring Journey Through U.S. Space Camp written by Mike Kersjes?
MP3 Audiobook Player is here to help! 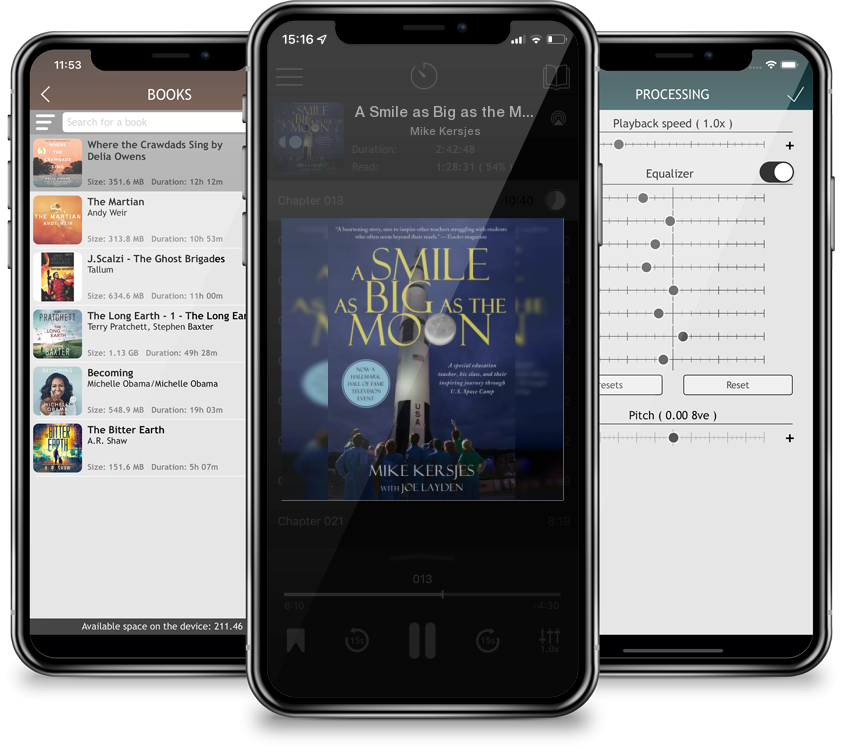 A Smile as Big as the Moon: A Special Education Teacher, His Class, and Their Inspiring Journey Through U.S. Space Camp

Mike Kersjes always believed that his students could do anything—even attend the prestigious Space Camp in Huntsville, Alabama, where some of America's best and brightest high school students compete in a variety of activities similar to those experienced by NASA astronauts training for space shuttle missions. The challenge was convincing everyone else that the kids in his special education class, with disabilities including Tourette's syndrome, Down's syndrome, dyslexia, eating disorders, and a variety of emotional problems, would benefit from the experience and succeed. In A Smile as Big as the Moon, Kersjes explains how, with remarkable persistence, he broke down one barrier after another, from his own principal's office to the inner sanctum of NASA, until Space Camp finally opened its doors. After nine months of rigorous preparation, Kersjes's class arrived at Space Camp, where they turned in a performance beyond everyone's expectations.