Want to listen to the audiobook A Tale Of Love And Darkness written by Amos Oz?
MP3 Audiobook Player is here to help! 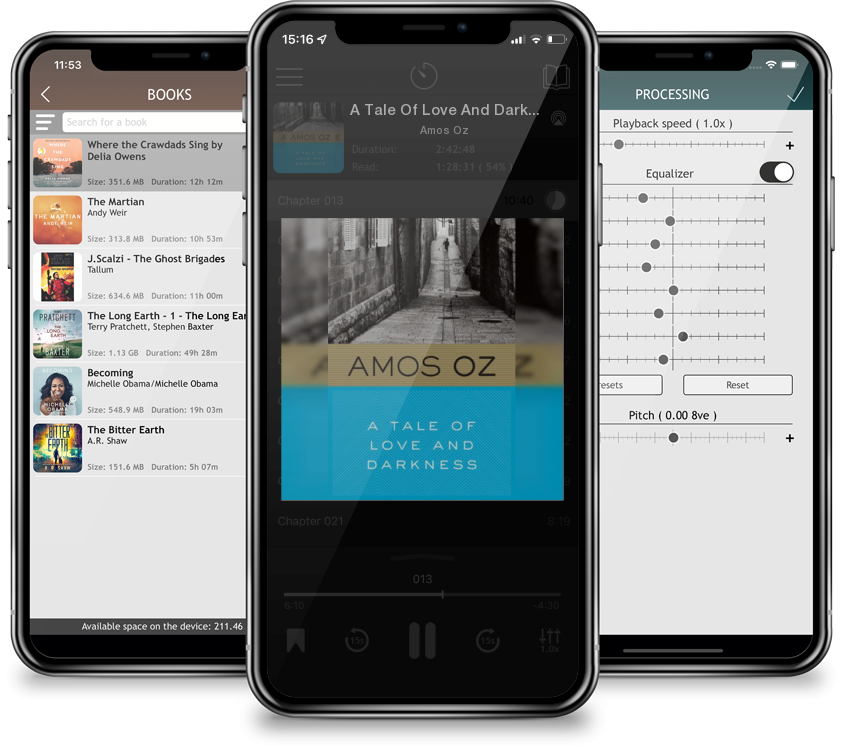 A Tale Of Love And Darkness

The International Bestselling memoir from award-winning author Amos Oz, "one of Isreal's most prolific writers and respected intellectuals" (The New York Times), about his turbulent upbringing in the city of Jerusalem in the era of the dissolution of Mandatory Palestine and the beginning of the State of Israel.Winner of the National Jewish Book Award"[An] ingenious work that circles around the rise of a state, the tragic destiny of a mother, a boy’s creation of a new self."??—??The New YorkerA family saga and a magical self-portrait of a writer who witnessed the birth of a nation and lived through its turbulent history. A Tale of Love and Darkness is the story of a boy who grows up in war-torn Jerusalem, in a small apartment crowded with books in twelve languages and relatives speaking nearly as many. The story of an adolescent whose life has been changed forever by his mother’s suicide. The story of a man who leaves the constraints of his family and community to join a kibbutz, change his name, marry, have children. The story of a writer who becomes an active participant in the political life of his nation."One of the most enchanting and deeply satisfying books that I have read in many years."??—??New Republic