Want to listen to the audiobook A Tale of Two Murders: Guilt, Innocence, and the Execution of Edith Thompson written by Laura Thompson?
MP3 Audiobook Player is here to help! 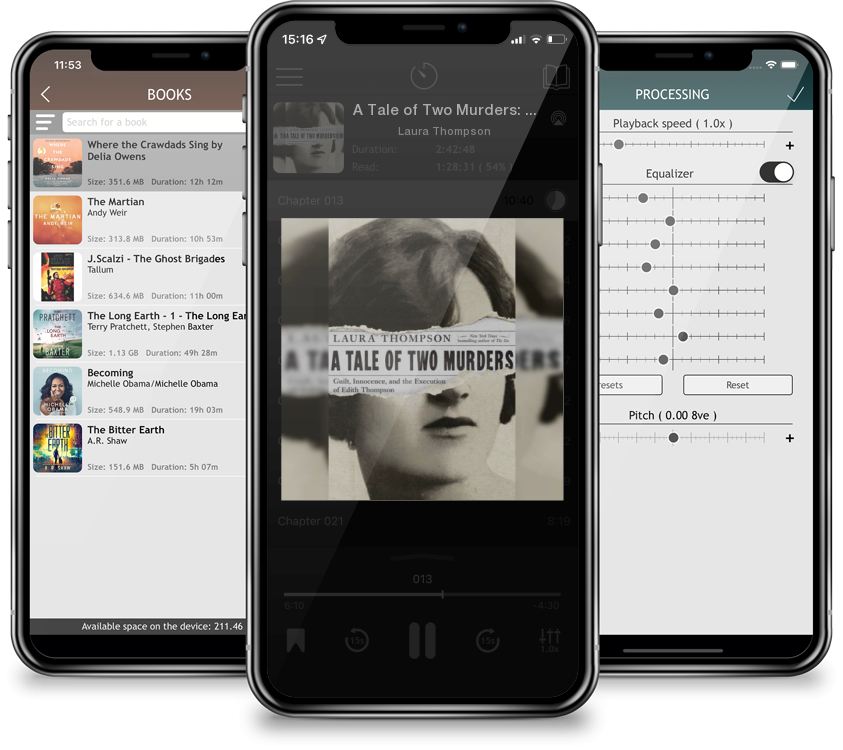 A Tale of Two Murders: Guilt, Innocence, and the Execution of Edith Thompson

A riveting account of the notorious “Ilford murder” by the New York Times bestselling author of The Six.The death penalty is never without its ethical conflicts or moral questions. Never more so than when the person being led to the gallows may very well be innocent of the actual crime, if not innocent according social concepts of femininity. A Tale of Two Murders is an engrossing examination of the Ilford murder, which became a legal cause ce´le`bre in the 1920s, and led to the hanging of Edith Thompson and her lover, Freddy Bywaters. On the night of October 3, 1922, as Edith and her husband, Percy, were walking home from the theatre, a man sprang out of the darkness and stabbed Percy to death. The assailant was none other than Bywaters. When the police discovered his relationship with Edith, she—who had denied knowledge of the attack—was arrested as his accomplice. Her passionate love letters to Bywaters, read out at the ensuing trial, sealed her fate, even though Bywaters insisted Edith had no part in planning the murder. They were both hanged. Freddy was demonstrably guilty; but was Edith truly so? In shattering detail and with masterful emotional insight, Laura Thompson charts the course of a liaison with thrice-fatal consequences, and investigates what a troubling case tells us about perceptions of women, innocence, and guilt.