Want to listen to the audiobook A Tapestry of Survival written by Leslie Mezei?
MP3 Audiobook Player is here to help! 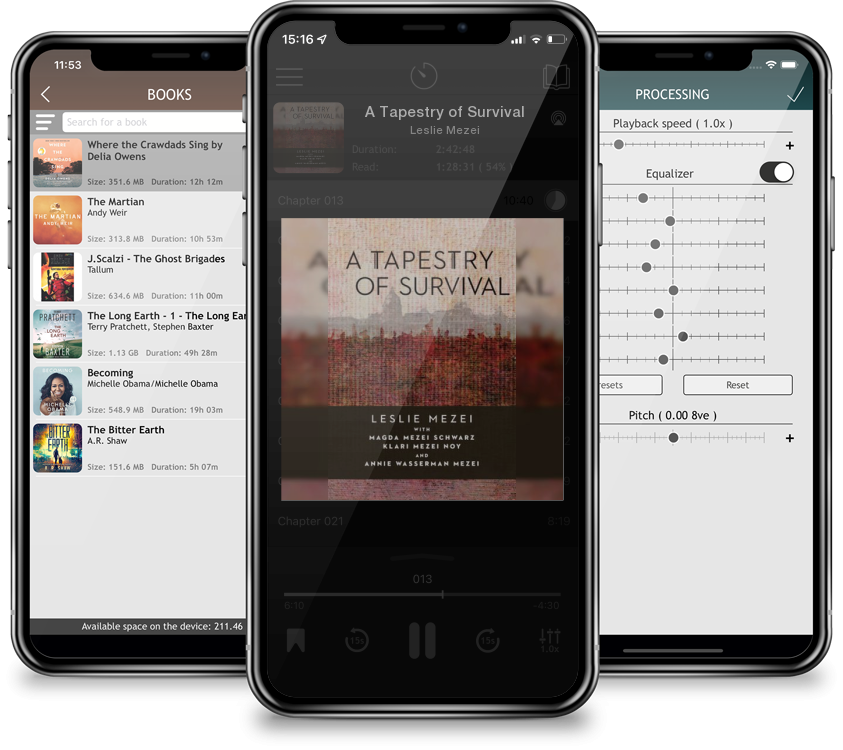 A Tapestry of Survival

A happy-go-lucky boy, Leslie Mezei attends the local high school and plays in the parks and forests surrounding his town of G d ll , Hungary, until the spring of 1944, when Nazi tanks roll through its dusty streets and change his life forever. Leslie and his family flee to Budapest to avoid deportation, but Leslie's father is immediately taken by the Nazis. With one of his brothers already in a forced labour battalion and a sister deported to a concentration camp, Leslie and his remaining family move from place to place, seeking refuge and only just escaping capture a number of times. Finally, they find safety posing as non-Jewish refugees until the Soviets liberate Budapest in January 1945. Leslie and all of his siblings joyfully reunite and eventually make their way to pre-state Israel and Canada, where they rebuild their lives. In Montreal, Leslie meets his wife, Annie, who has a survival story of her own. In Tapestry of Survival the voices of Leslie, his sisters and Annie are woven together into a larger tale of courage, resilience and the search for healing.