Want to listen to the audiobook A Traitor to His Species: Henry Bergh and the Birth of the Animal Rights Movement written by Ernest Freeberg?
MP3 Audiobook Player is here to help! 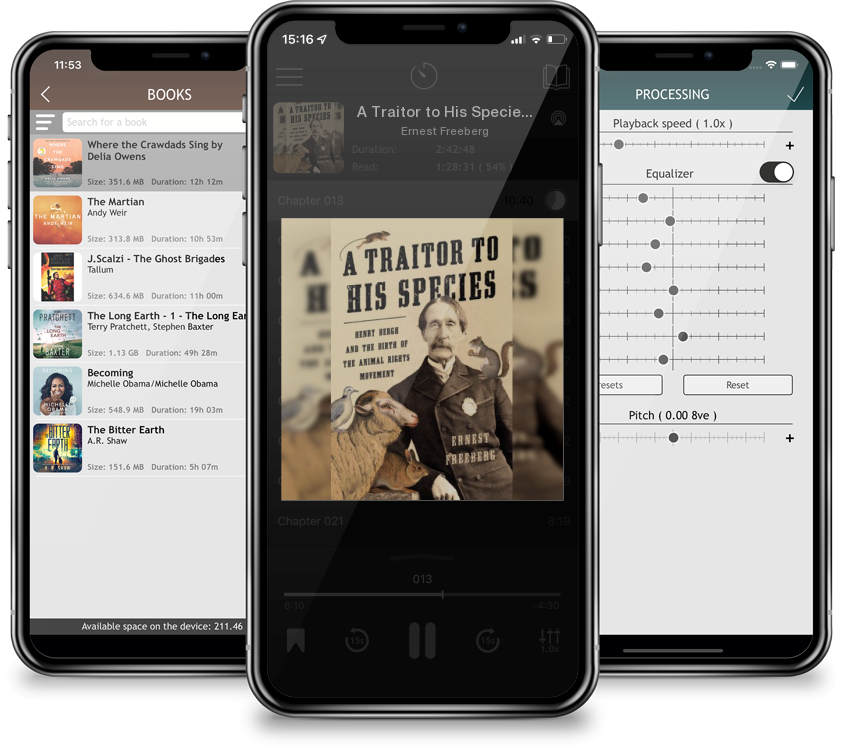 A Traitor to His Species: Henry Bergh and the Birth of the Animal Rights Movement

From an award-winning historian, the outlandish story of the man who gave rights to animals.In Gilded Age America, people and animals lived cheek-by-jowl in environments that were dirty and dangerous to man and beast alike. The industrial city brought suffering, but it also inspired a compassion for animals that fueled a controversial anti-cruelty movement. From the center of these debates, Henry Bergh launched a shocking campaign to grant rights to animals.A Traitor to His Species is revelatory social history, awash with colorful characters. Cheered on by thousands of men and women who joined his cause, Bergh fought with robber barons, Five Points gangs, and legendary impresario P.T. Barnum, as they pushed for new laws to protect trolley horses, livestock, stray dogs, and other animals. Raucous and entertaining, A Traitor to His Species tells the story of a remarkable man who gave voice to the voiceless and shaped our modern relationship with animals.